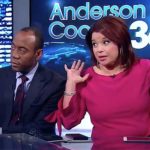 In our hyper-sensitive, micro-aggressive, trigger-warning world, the slightest inference that someone may be racist is magnified into the latest national crisis. Whether it be the president not immediately denouncing a few dozen Nazis meeting in a small town in Virginia or a bunch of college girls reciting rap lyrics in New Hampshire, in a very short amount of time we’ll all know what happened.

But if it’s a Democrat politician who goes off on a racist rant, who just happens to be a Bernie Sanders-supporting millennial minority himself, you’ll only hear enough so the media can say it was covered. 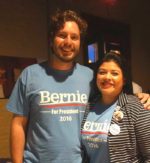 This is called bias-by-omission. This is what happened recently in Texas.

Four paragraphs from the Associated Press in the New York Times…

The same four paragraphs in the Washington Post. Locally, this received two and four paragraphs and a local NBC affiliate was too respectful of the sensitivity of their audience to play the audio.

We all know if a Republican were stupid enough to say anything close, there would be more meat in their coverage.

CLICK ABOVE to hear audio clip of César De León 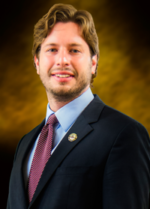 “I want to begin by apologizing,” De León told The Brownsville Herald on Wednesday. “I want to apologize to the citizens of Brownsville or whoever had to listen to those tapes because there is a lot of profane language and that was a private conversation. It was never meant to be public, but it’s very important that people understand that I’m very apologetic.”

That’s all it takes if you’re a Democrat. Say something really bad, say you were never meant to hear it, say you’re sorry and move on.

It was a little more than that.

There are a couple of fucking niggers that Luis Saenz is getting, and I don’t know where he is getting them from. They are coming down to my fucking city and now they are trying to fucking put everybody in jail because they think we are a bunch of Mexicans that hit our wives, which couldn’t be further from the fucking truth, but that is how they see us. They are fucking – and I would say this, that I would never dare use that word, but you know what, yes, there are a couple of niggers in there that think that all of us are fucking taco eaters.
— César De León, Brownsville City Commissioner

De León said he’d never use those words but defended using those words.

BTW, none of those quotes appeared in the New York Times, Washington Post, or the Associated Press.

De León believes the audio tapes were recorded, edited and released by former Brownsville fire chief Carlos Elizondo, with whom de León said he was having a private conversation.
— Brownsville Herald, 9/21/17

De León’s phraseology that the audio clip “was never meant to be public” is something the liberal media would be tearing a Republican to shreds over as we speak as it implies he may speak one way frequently and we just weren’t supposed to know about it.

We expect De León to get a gracious pass on this one because he did apologize after the recording was made public. After all, he was once billed as a “millennial ready to make the world better”.

Since the recording was released this week, De Leon said Tetreau and District 4 Commissioner Ben Neece understand that he was having a private conversation and that he has their support.

“They understand the context in which this is happening because they are part of an audit committee in the City of Brownsville and this really is connected with an investigation,” De Leon said.

De León believes it was Elizondo who recorded the conversation and leaked the audio.

“I think at this point it has become a personal attack to discredit me,” De León said. “I think people who know me know well about the things I’m fighting for. They understand that in times of frustration we sometimes say things we do not really mean. We act in the heat of the moment.”
— El Nuevo Heraldo, 9/21/17

De León could’ve been like some Democrats who’d be spending more time pointing the finger and questioning the political motivation of the person who made the recording and the media would be attacking that person as well.

There’s a conflict of interest that has risen between my profession and the commission. Because I’m a practicing attorney conflicts could arise because of the city. I don’t want to jeopardize my profession, so I decided to step down because I have to decide between the city or being an attorney.
— César De León, 10/6/17

10/9/17: Texas Official Who Quit After Racial Remarks Rescinds Resignation
2/26/19: De Leon resigns, commissioner’s seat likely to be open until May