Gartner, Duty To Warn’s Psychotic Plot to Overturn the Election

We received another email from the butt-hurt Hillary losers at Duty to Warn (“a group of mental health professionals); an update on their dire plot to overturn an election result THEY didn’t like and/or authorize and the ramifications THEY don’t approve of.

Sorry we have not been in touch sooner, but we have been busy. We are working on a few different fronts. So — since our meeting in October — true to form– Trump has not ‘calmed down’ or become more presidential. In fact he continues to damage to our country, our democracy and bring us closer and closer to war each day so our job is not over.

We accomplished our initial mission- to warn the public at large about the dangers of Donald Trump. The subject is all over the news and various media now, and we can take some pride in knowing that our group– DTW– played an important part in educating the public. Remember when the election took place the information on this was extremely sparse.
— Carol Linda Dreyfus email, DC Duty to Warn Meeting Attendee

They “accomplished” their mission, their “subject is all over the news” and educated the public?

Can you say delusional? 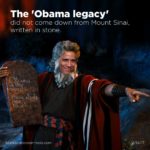 For more than a decade, the American people had to endure the destructive policies of Democrats, their media, and the unelected in many government agencies who inflicted their desires on the rest of us. With the election of President Donald Trump, the left has become unhinged as the surgical removal of their impediments moves along.

After more than a year and a half of investigations, there is no reported proof that the Russians “colluded” with the Trump campaign to deny Hillary Clinton’s inevitable presidential victory. They believe Donald Trump is unsuited for the presidency because only a crazy man would want to undo the brilliance of the liberal agenda implemented by Barack Obama.

Donald Trump is dangerous and unfit to serve. We are mental health professionals and other concerned individuals advocating to remove Trump from office.
— Duty to Warn Facebook page

In a clear illustration of the pot calling the kettle black, Duty to Warn’s leader, “psychologist” Dr. John Gartner, says his agenda isn’t partisan but wants to help Democrats retake the House so they can “contain” and eventually invoke the 25th Amendment to remove Donald Trump.

Below is an excerpt of one of his latest Facebook videos. Tell us who the crazy one really is….

Gartner calls President Trump Adolph Hitler and believes there’s insurmountable evidence that the Trump campaign worked with the Russians to defeat Hillary Clinton, despite all fingers pointing to Hillary Clinton and her sycophants in the FBI, DOJ plotting to shield her and aid in her victory.

It would also appear Duty to Warn has trouble accepting the slightest push-back to their “self serving vitriolic hate & lie filled BS” planned presidential overthrow. 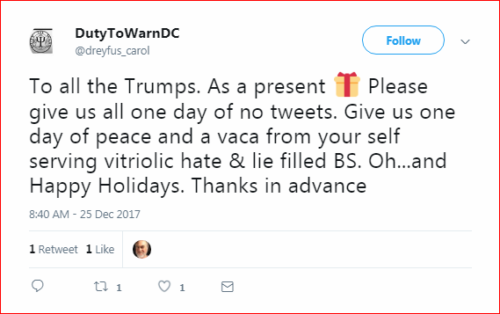 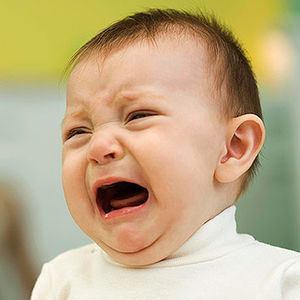 Think about that next time you hear about any of your friends wanting to go see a shrink.