Using Democrat Methodology, the Patriots Should Have Won SBLII

How many times have we heard Hillary Clinton and her defenders repeatedly assert she should now be President of the United States because she won the popular vote over Donald Trump. This is why more of her followers should have been somewhat familiar with the rules of football because in that sport, the winner is determined by which team scores more points over the other; not which team piles up more yardage.

The National Football League has made the game’s objective very simple for those who have any doubts as to the possibly antiquated motivations of those who started playing professionally as early as 1892.

The team that scores the greater number of points during the entire game is the winner.
— NFL Operations: The Rules

If total yardage were an overall determining factor during the 2017 season, the Philadelphia Eagles would not even be eligible to compete for the Super Bowl.

Given their dominance during the regular season through the playoffs, the New England Patriots should have been declared the winner of Super Bowl LII because they won the total yardage tally in a record-breaking effort. 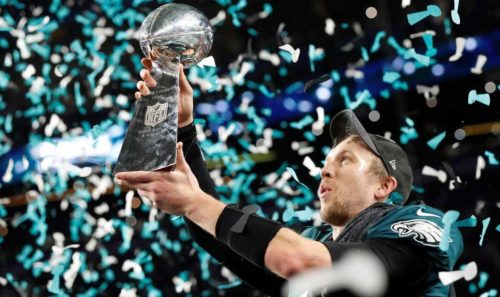 Despite the effort, the Philadelphia Eagles were awarded the Lombardi trophy because they scored more total points than the Patriots and as total points was the formally accepted determining factor on who wins football games, the final score was accepted by both teams and the New England region is not in full #resist mode, contesting the outcome of a Super Bowl and trying to undo the results.

Going into the 2016 presidential election, the Clinton and Trump campaigns understood and ran on the established rules that determine who wins the presidency: which campaign won the Electoral College (total points) and NOT who received more popular votes (total yardage).

Overview of the Presidential Election Process
During the general election, Americans head to the polls to cast their vote for President. But the tally of those votes—the popular vote—does not determine the winner. Instead, Presidential elections use the Electoral College. To win the election, a candidate must receive a majority of electoral votes.

This was simply explained as logical by liberal Democrats for Democrats in 2008….

The New England Patriots organization and their fans nationwide would be roundly (and justifiably) ridiculed had they taken to the mics during the post-game press conference and whined that they really won the game because they broke the all-time Super Bowl record for total yardage. It would be even more damning to their reputation if they mobilized fans across the country to #resist the results and question the legitimacy of the Philadelphia Eagles as the duly victorious on the field.

The sanity of Patriots nation would also be questioned, especially if the sports media also went along with the sore-loser narrative, attempted to create a divide between Philadelphia and the rest of the nation, and even repeated an unproven storyline that the Patriots cheated because they somehow colluded with the Canadian Football League in rigging the game.

During the last couple of weeks of the 2016 presidential campaign, Donald Trump observed the established rules and campaigned heavily in states needed to win the game. Unlike Hillary who maybe had one or two appearances every day or so, Trump appeared in four to six events per day. At the end of November 8, 2016, Donald Trump scored more points than Hillary, yet her supporters are still trying to make the case they really won because they got more yards.

If short sighted Democrats manage to get their way and change our election process to the popular vote, both sides know the new rules and if the Democrat loses the popular vote, suddenly discovers the wisdom of the Founders and their reasoning for creating the Electoral College process, they’ll DEMAND we go back to that very well thought out (albeit “antiquated”) system.

That’ll be as logical as the National Football League changing the rules so total points are no longer the determining factor on who wins a game.