Why Is It Liberals Love Black Men Who Go ‘Ape’?

Some of us would prefer black men act in a dignified manner if they wanted to be respected. Rap artists, actors, athletes and that sadly-condoned thug culture have sadly thrown that all out the window despite many people being consistently hypersensitive, especially when comparisons are made between black people and the simian breed. 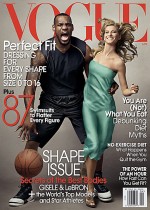 Are Negros Closer to Apes Than to Humans?
Study Confirms Unconscious Linking of Blacks with Apes
Comparing Black People to Apes: It’s Worse Than You Thought
Enough with stereotyping black people as monkeys!
Comparing Black People To Monkeys Has A Long, Dark Simian History
Google Censors Gorillas Rather Than Risk Them Being Mislabeled As Black People
H&M Apologizes for ‘Monkey’ Image Featuring Black Child
Outrage as museum depicts African people next to animals including gorillas and baboons in ‘racist’ exhibition
Gorilla Statue Removed After Complaints It Was ‘Racially Insensitive’

Again, thanks to some of the more prominent in society, it’s hard to lament the degraded image of black men when black men are the ones doing the self-degradation. Over the last few years, black athletes are repeatedly acting out in ways that back in the day would be considered head shakers, to say the least.

One of the latest episodes occurred during the Boston Celtics, Cleveland Cavaliers 2018 Eastern Conference Final Game 6 where LeBron James made a late three point shot and acted in a manner that would have left a previous generation of proud black people in sheer disgust. And given how many times that particular “dagger” and reaction was replayed, the politically-correct, progressive sanctimonious at ESPN appeared to really enjoy one of our darker moments.

They will NEVER be compared to apes. Wonder why that is…?