Is ‘Social Media’ Really Worthy of Your Most Valuable Asset: Time?

That’s What Friends Are For

As much as it’s nice to have a number of people who “like” your presence on Facebook, let’s be real. Out of the dozens or hundreds or more of people who are your “friends”, how many do you really know personally? How many did you know and hang out with years ago? Just a wild guess, I’d say that number is less than five percent. Ironically, the more popular you are on Facebook, that percentage goes down.

We have no control over who our social media “friends” really are. Their profiles, unless you really want to take the time to truly vet every single person who sends you a request, can be real or a fiction. As you’ve not had personal interaction with them, you don’t know if that’s someone you’d really want to be around or not, yet by accepting a friendship with them, you’re now associated with their words and activities, good or bad.

And there’s the superficial.

For example, way too many conservative men will be enamoured and will defend those women who call themselves “conservative” solely on the only thing presented: physical appearance first. We’ve seen many examples of female newcomers to the conservative movement with questionable, if not hostile, backgrounds being embraced mostly by conservative males who dismiss any vetting of the desired only because of the subjective “hotness” of that female. When their true motivations are exposed, they dissolve into online obscurity only after they’ve personally profited and the credibility of conservatives again become a laughstock to our political opponents.

Bang For the Buck

There are many tech experts who’ve written exhaustive articles on just how to get people to actually go to a link on a Facebook or Twitter post. Almost all are in agreement that the vast majority of consumers read only what’s on the Facebook and Twitter post and very seldom click on a link (approximately 3%). Despite hundreds of hours taken to promote posts on this site, the most recent numbers verify their conclusions. 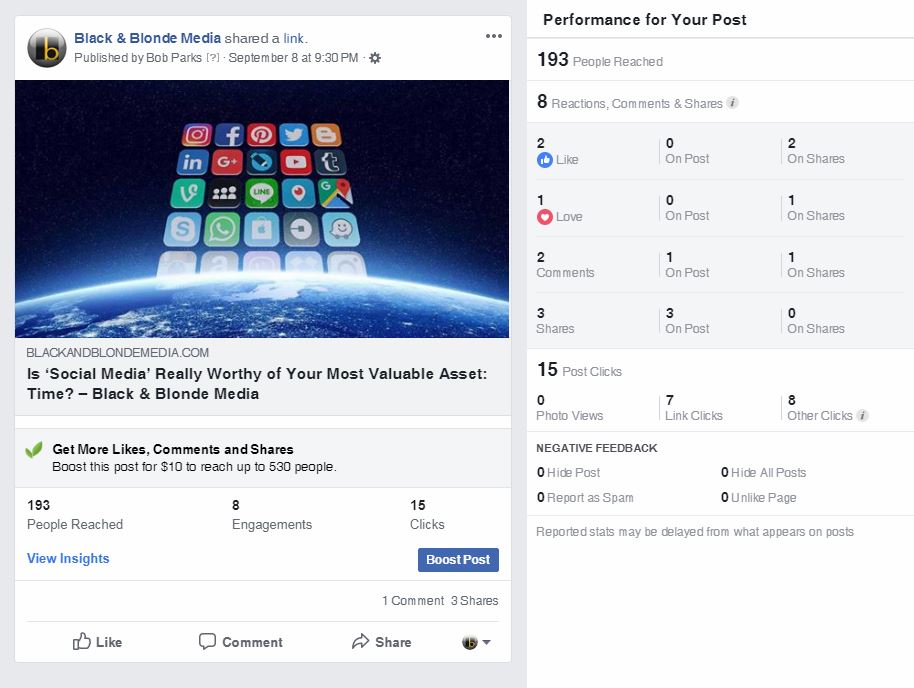 … only fifteen clicked on this link; a .077 percentage clearly in the waste-of-time category. The same probably goes for the dozens of memes, posts and Tweets with links to our page. Unlike others, we’re not stupid enough to pay Facebook to “boost”.

Then again, Facebook and Twitter gets all the activity, mines your topics, sends that information to their client advertisers and we get bombarded with the content they paid for.

There was a time before Facebook when a man would have the enjoyment of planning a special day for the woman in his life. He could plot, plan and at the end of the day, have a nice evening out with her.

But how many men today have that cloud hanging over them: if they don’t stay up until 11:59 the night before a special day and be the FIRST to post a message on Facebook… not good.

Of course, that’s not important to most women but it’s now an issue that can have dire consequences; even if you did buy flowers or take her out to a nice restaurant, if you didn’t post your acknowledgement on Facebook FIRST, there’s something wrong.

All this because of the social media pressures of sending a message to (again) dozens or more people you’ve never personally met.

The beauty of owning your own website is that you can post whatever you want, whenever you want from wherever. You are not subject to arbitrary “community guidelines” thus are subject to the objections of our political opponents which can result in shadow-banning or worse.

Think about the hundreds of hours invested in social media pushback that can be erased after being flagged by an anonymous butthurt, acted upon by a like-minded employee “monitor” at Twitter or Facebook, which can result in punitive measures including having your account deleted. Sadly, not everyone can afford or wants the headache of updating their own website and the social media gatekeepers know this as well, so you have to tread very carefully to exercise your First Amendment right on a private company’s platform where speech IS regulated at the personal whim of whomever is tasked with surveillance and enforcement.

And we all know how conservatives are fairly approached….

How many very successful businesses have had to alter their models and issue very public responses because of an outcry on social media? We see and heard news reports of “millions” of Tweets and hashtags created to exert pressure on a company because of something “trending”.

We had a restaurant in Washington, D.C., in an attempt to protect female patrons using their restrooms, take a major hit because of a transexual who claimed to have “hundreds of thousands” of “followers” objected and received media coverage. Did this person really have the backing of so many people who utilized the simple convenience of clicking on a “like” button on a post claiming victim status? Out of those “hundreds of thousands” of followers, how many real friends does this person have? A couple dozen or more?

We’ve seen CEOs from very successful companies have to step down because of personal political activities that inflamed certain groups; activities that had zero effect on the product used. All because of a pushback by many on social media that involved nothing but a click on a mouse.

We’ve seen issues blown up to international prominence in social media; issues based on an incorrect premise (see #Kony2012). Seeing how too many people don’t take the time to read beyond, it’s way to easy for an ignorant mob to be whipped up into a frenzy over something that never happened. 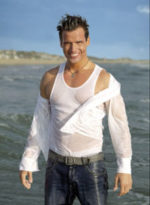 We continue to see others propped up as megastars, going back to Kim Kardashian; not because she did anything of real value, but merely because she exists and can successfully promote herself and family members with pictures on social media. We see others who’ve done nothing of real value (outside of talk), given a platform in the broadcast media because of a social media following of thousands who’ve never met them personally. In too many cases, it’s again their profile of selective imagery that has was too many swooning, like male congressional candidates and “pundits” who’ve achieved little politically but women on Facebook come right out and comment on his “hotness”.

Don’t get me wrong. Facebook and Twitter is a convenient way to keep in touch with personal friends and family members as to your activities; something that was routinely done by email and/or a phone call. Would all communication cease if you couldn’t upload some photos and include the whereabouts? Obviously not, but also Facebook and Google now knows where you were and you now get notifications from restaurants and other places to frequent.

While many would argue that social media is a valuable promotional tool that leads to wonderful results, the results that lead to wild success are few and far between. But what do we really get out of it.

Aside from meeting my wonderful wife on Facebook, we really haven’t gotten a significant bang for the many hours spent promoting content on this website. Despite the many “offers” of interest and “exposure”, the last real job I had came as a result of physical content created; not a result of the amount of social media presence “likes” and “followers”.

And it came via email.

Laura once told me time is the most important thing we have in life is time because we never get it back.

Facebook and Twitter knows how many hours we’ve all given to them and if you were to see that number, would you really think it was worth it?

Have you noticed you never see any reference to social media in certain movie genres?

Obviously in a post-apocalyptic world with few resources, the Internet is non-existent meaning a lot of millennials wouldn’t last long. After all, how could they make a fire without a YouTube video cheatsheet?

Or maybe in science fiction fantasy, humans grew out of the need for instant gratification through that intoxicating quest for… likes.