There was a time when people just went to work to do a job and get fairly paid for services rendered. It was understood who signed the paycheck. However too many in today’s workforce believe they (who didn’t have the impetus to actually create and maintain any business) know know better and have a right to call out the boss publicly.

Welcome to the real world, or what’s left of it….

An open letter to SpaceX decrying CEO Elon Musk’s recent behavior has sparked open discussion among the company’s employees in an internal chat system. Employees are being encouraged to sign onto the letter’s suggestions, either publicly or anonymously, with a signed version of the letter to be delivered to the desk of SpaceX president Gwynne Shotwell.

“Elon’s behavior in the public sphere is a frequent source of distraction and embarrassment for us, particularly in recent weeks,” the letter states. “As our CEO and most prominent spokesperson, Elon is seen as the face of SpaceX — every Tweet that Elon sends is a de facto public statement by the company. It is critical to make clear to our teams and to our potential talent pool that his messaging does not reflect our work, our mission, or our values.”
— The Verge, 6/16/22

SpaceX fired at least five employees for their role in drafting and circulating the open letter, according to Reuters, citing two people familiar with the matter.

The letter, first reported by The Verge, called Musk “a frequent source of distraction and embarrassment” and urged the company to “publicly address and condemn” his behavior. News that people had been fired over the letter was first reported by the New York Times on Thursday, citing three employees familiar with the matter and an email from SpaceX president and chief operating officer Gwynne Shotwell.

In the email, which has also been seen by The Verge, Shotwell said the firm had investigated and “terminated a number of employees involved” with the letter. Shotwell wrote that the letter made employees “feel uncomfortable, intimidated and bullied,” adding that SpaceX has “no need for this kind of overreaching activism.”
— Forbes, 6/17/22

Who, besides self-absorbed woke activists, thought embarrassing and intimidating the boss into respecting and acting on their “values” was a good thing?

Those who are currently looking for new jobs and will have to answer to their next employer why they thought a public act of insubordination is something they can expect in the future.

As shared here previously, the workplace environment is now shifting back to hiring the grateful who just come to work to do a job and help the company be successful. Those who deem it their duty to inflict their personal “values” upon the rest of the company are being purged. It’s a harsh lesson that will follow disruptors in their attempt to find new work and rightfully so. 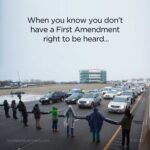 Some need be reminded the First Amendment gives us freedom of speech however people are not forced to hear and obey.

If these activists believe they can run a business (they didn’t have the smarts or money to create) better than the boss, have at it and compete. Other than that, shut and and do the job. If you can’t, you risk it all and thank Elon Musk for issuing the tough love he shouldn’t have had to waste value time to impose in the first place.