‘Roe vs. Wade’ Was Based on a False Rape Accusation

History is pockmarked with instances of tragic irony. The Brett Kavanaugh Supreme Court confirmation should be recognized as one of those examples where a lie resulted in a political reality, now revisited.

The left is in hysterics because Kavanaugh could be a deciding vote on the SCOTUS bench should abortion reappear on the docket, and he was smeared with false rape accusations. What does that have in common with the abortion topic? Because the only reason why abortion made it to the Supreme Court was because a woman, who claimed to be “gang raped”, wanted and couldn’t get one easily.

The year was 1969. Norma McCorvey was 22, pregnant and unwed when she approached an attorney about wanting an abortion. The Dallas woman didn’t get one, but four years later, her lawsuit fighting Texas’ ban on abortion reached the Supreme Court and made the procedure legal across the United States.

“Miss Norma” was a complicated figure in the abortion debate. McCorvey, who once identified as lesbian, admitted that she had lied about being gang-raped so she could end her pregnancy.
— Dallas Morning News, 2/19/17

It sure was “complicated”.

During those times, there were morals and standards in the United States. Being unmarried and knocked-up was not as socially acceptable and enabled as it is today. There was a stigma and using the “rape” card provided the appropriate cover and absolution from personal responsibility.

It’s not clear who specifically McCorvey accused but the aftermath is now well known. The Supreme Court found the existing anti-abortion laws to be unconstitutional, women subsequently got the right to have abortions on demand, and millions of babies are killed in the womb to this day… all because of a lie.

A woman lies about a rape. A political goal is met.

McCorvey told syndicated newspaper columnist Carl T. Rowan that she had fabricated her account of being raped by three men and a woman in 1969 because she had hoped to circumvent a 100-year-old Texas law that banned abortions except when the woman’s life was in danger. The transcript of the interview doesn’t make clear why Ms. McCorvey thought that an account of rape would necessarily help win exemption from, or overturn, a law that allowed abortion only to protect a woman’s life.

“I don’t know” is probably the most overused response when someone is asked why they made a false rape accusation.

According to a news release issued by WUSA about the interview, Sarah Weddington, one of the two lawyers who took the case to the Supreme Court, said she had never “touched the issue of rape and only emphasized the question of whether the Constitution gives to the state or leaves to a woman the questions of what she can or must do with her body.”

Telling the truth, heaven forbid, might have poked an ethical hole in the case.

Kate Michelman, executive director of the National Abortion Rights Action League, said in an interview today that Ms. McCorvey’s disclosure ”should not cloud the discussion about the right of a woman to terminate her pregnancy. “It was her life circumstances that created the conditions that mitigated against her being straightforward….”
— New York Times, 9/9/87

McCorvey was the “anonymous plaintiff” in the landmark case that made it to the Supreme Court and there was no written mention of her being “raped” in the lawsuit. That aided in her not having to testify under oath.

How convenient and, again, familiar.

While rape was never an issue in the case, public opinion was considered swayed by the media accounts detailing what McCorvey claimed was a gang rape by three men and a woman while she worked for a circus in Georgia.

Imagine the public opinion had there been a 24-hour media and Internet oh-so ready to repeat her lie. McCorvey would be ready with tears-on-cue, playing on the emotions of the public, invoking the horrors of rape, and getting a high court to create a “right” superseding and thus denying “life, liberty and the pursuit of happiness” to millions of children who never made it out of their mothers alive.

Yes, there are those today who forgave Norma McCorvey. She was baptized and went on a crusade, mostly ignored by the liberal media, to inform the American people of the lie that created “Roe vs. Wade”. But the damage was done and a false rape accusation sanctioned the wholesale slaughter of millions of American children. 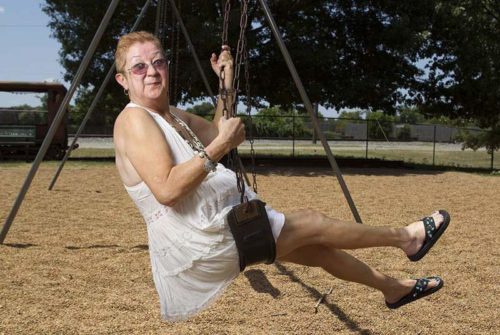 Being Jane Roe has been a heavy burden. I remember 10 years ago driving past a school playground and seeing these empty swings. I freaked out. I thought: ‘All the playgrounds are empty, all the children are dead and it’s because of me.’
— Norma McCorvey, 1995 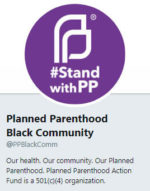 McCorvey may have sought some semblance of redemption before her judgment day, but she is no hero and today another false accusation of rape has been used as abortion-on-demand could soon be at risk for the left and all the nonprofits that have made millions of dollars promoting the killing of more than 60 million babies in the United States alone, almost a third (18 million) alone black.

Norma McCorvey was quietly eulogized by the left when she died in 2017; she was a heroine because of her abortion achievement while the lie that got her there was omitted for convenience.

She was also a heroine, eulogized by the right, as she turned on the pro-choice movement.

The Brett Kavanaugh Supreme Court confirmation process has brought two very evil topics into the public light. One being abortion and the other false rape accusations.

And in both cases, liberal Democrats would have you believe neither are big deals at all.