One has to admit, when they get it wrong, they go all out.

“That’s a very old, tired, anti-semitic — very old anti-semitic trick that people have claimed, usually on the internet,” he said.
— The Wrap, 10/8/18

It’s been awhile since a “card” was played. Scarborough was digging deep.

This is the very definition of #FakeNews. The media puts something out, in error or intentionally, their activist guests lie on CNN and come clean on MSNBC, millions consume it and the damage is done. 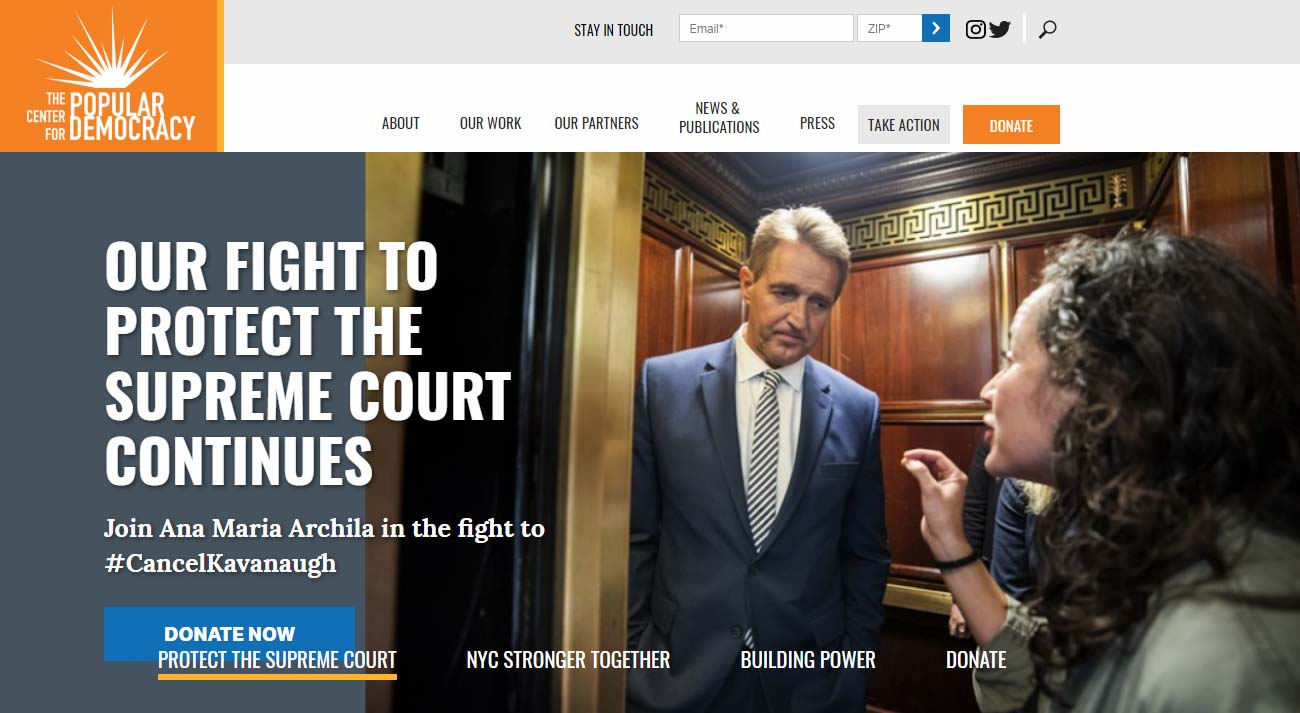 Ana Maria Archila and Maria Gallagher were the two women who confronted Flake inside the elevator. Perhaps because they expressed such raw emotion, few media outlets dug into their political activism. Archila is an executive director of the Center for Popular Democracy; she had spent the previous week in Washington engaged in protests against Kavanaugh. Gallagher is a 23-year-old activist with the group. The center is a left-wing group heavily funded by George Soros’ Open Society Foundations. Indeed, as of 2014, Open Society was one of the three largest donors to the group.

Make no mistake. The Center for Popular Democracy is at the heart of the effort to stop Kavanaugh. A source forwarded to me an email sent from the organization: “Last week, you saw protestors interrupting the Kavanaugh hearings, trying to slow it down and show the Judiciary Committee how much they/we care. Those protests were organized by the Women’s March and the Center for Popular Democracy and other groups.”

Archila has another role beyond her duties as co–executive director of the center. She is also a member of the national committee of the New York-based Working Families Party. The WFP was founded in 1998 by the leaders of ACORN, the now-disbanded and disgraced group of community organizers.
— New York Post, 10/1/18

Retractions for the unethical are optional.