It’s never a good thing to try and insult and/or embarrass the police. They can play that game too. 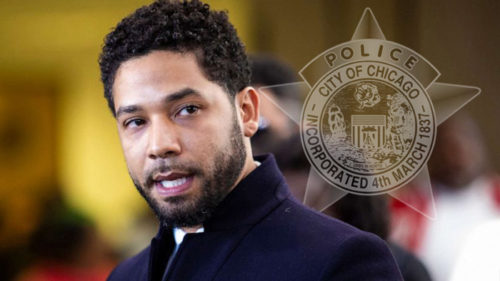 CWBChicago is posting the complete Chicago Police Department investigative file on the Jussie Smollett “hate crime” investigation that we have received in response to a Freedom of Information Act request.

These files were provided by the Chicago Police Department in response to a FOIA request that CWBChicago submitted upon learning that the Cook County State’s Attorney’s Office had reached a sealed agreement to resolve Smollett’s criminal exposure in the case.
— CWBChicago, 3/27/19

We now know why Smollett’s files were “sealed” from public view.

About an hour after the department released the files, the Chicago Police reportedly became subject of a court order that barred them from releasing further files even though they were widely available online.
— Fox News, 3/27/19

As you read through the files for yourself, see how much the media DIDN’T share with the public and how their tune may have been different after the dropping of charges against Smollett.

During the 2019 so-called NAACP Image Awards, Chris Rock let the world know not all black folks were supporting Jussie.

IF there is justice, this is only the beginning.