‘Political Retribution’: State Dept. Libs Get a Taste of Their Own Medicine

Name ONE business where employees can openly revolt against the boss, take it to social media, and expect no repercussions. In the military, that’s called mutiny. In the private sector, it’s called gross insubordination. But when it comes to liberal Democrat federal employees, they believe openly dissing the boss their right and when there are ramifications to their actions, they get all whiny.

A growing number of State Department employees are charging they are being put in career purgatory because of their previous work on policy priorities associated with President Barack Obama and in offices the Trump administration is interested in closing.

The situation has got so serious that several officials tell CNN they have retained attorneys after repeatedly trying unsuccessfully to raise concerns about being assigned to low-level jobs in Foggy Bottom such as answering Freedom of Information Act requests. The issue has also come to the attention of senior Democrats on Capitol Hill.
— CNN, 1/28/18

While the Democrats and their media would have us all believe these are poor government workers caught up in a Republican witch hunt to exact revenge on Obama loyalists, there’s a little more to this that we’ve covered here before and these employees are not as innocent as they’d have us all believe.

Yes, these same picked-on employees have a portal where they can communicate about State Department matters, but in this case, quietly bitch, moan, “dissent” and plot against President Trump’s agenda; an agenda they are to implement because he’s their boss. 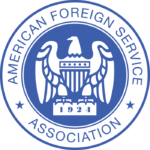 Yes, dissent is a formal mechanism to advancement in the State Department amongst the left.

Anyone who’s worked with liberals know they are quite at ease in making their opinions know in the workplace. They can be quite vocal, from initiating discussion to epithet-laden outbursts. When they are in the numerical majority, they can all be quite the bullies, especially when their superiors are of like mind and will not restrict their intrusions. Whether you’re in the Republican minority in the federal government who had to keep political opinions to themselves or risk political retribution by empowered Democrats or in other industries like entertainment in Hollywood where conservative sympathy can result in your never working in that town again, it’s almost amusing to now watch liberal federal employees whine about being given monkey work because they’re hard to fire.

When Barack Obama was elected twice, liberals celebrated in our faces and Republicans accepted the results and organized appropriately. When Donald Trump was elected, liberals immediately denied Republicans the opportunity to revel in a hard fought victory and have taken to the streets ever since in #resistance dissent. Taking it to the federal workplace may have gone too far and now they’re whining because THEY are no longer running the show and believe they’re being punished for their political beliefs.

How does it feel?

And considering the Obama administration was not all that cooperative in replying to FOIA requests, these State Department employees have some catching up to do.