This Tweet May Make You Think Twice Before Hiring Millennials 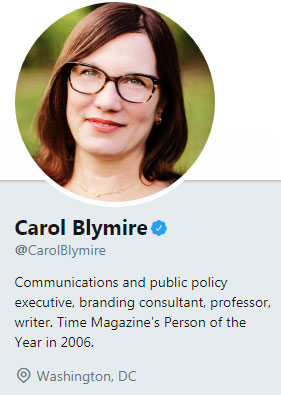 The following was Tweeted out by Carol Blymire, “Communications and public policy executive, branding consultant, professor, writer. Time Magazine’s Person of the Year in 2006”.

Blymire’s Tweet has been cut-and-pasted almost in its entirely in case it’s later removed due to the customary pile-on that can ensue after fragile egos are exposed.

Here is a hopefully short synopsis of something that happened this week that I still don’t understand.

In office space near a client, a young woman was meeting with her boss. She was (by my estimation) in her late 20s.

The boss (also a woman) was giving her feedback and reviewing edits she had made on something this young woman wrote.

They had been speaking in low tones, but their volume got louder toward the end of the conversation because the young woman was getting agitated about a particular edit. 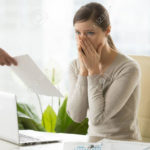 That particular edit was correcting the spelling of “hampster” to “hamster”. Apparently she had used the phrase “like spinning in a hamster wheel” in this draft (presumably) speech or op-ed.

The young woman kept saying, “I don’t know why you corrected that because I spell it with the P in it.” The boss said (calmly), “But that’s not how the word is spelled. There is no P in hamster.”

Young woman: “But you don’t know that! I learned to spell it with a P in it so that’s how I spell it.”

The boss (remaining very calm and professional), let’s go to dictionary.com and look it up together.

The young woman insists she doesn’t need to look it up because it’s FINE to spell it with a P because that’s HOW SHE WANTED TO SPELL IT.

The boss says, “Let’s look over the rest of the piece so I can explain the rest of my edits.”

They do, and I can see the young woman is fighting back tears.

The boss is calm, cool, and handles this with professionalism and empathy.

Boss says, “I know edits can be difficult to go over sometimes, especially when you’re working on new kinds of things as you grow in your career, but it’s a necessary process and makes us all better at what we do.”

Boss gets up from table and goes to her office and the young woman can barely hold it together.

She moves to another table in the common workspace area, drops all her stuff loudly on the table top, and starts texting.

A minute later, her phone rings.

It was her mom. She had texted her mom to call her because it was urgent, and I’m sure her mother maybe thought she was in the ER or something.

She then … PUTS HER MOM ON SPEAKERPHONE. IN THE WORKPLACE. 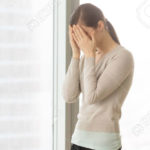 She bursts into tears and wants her mom to call her boss and tell her not to be mean about telling her how to spell words like “hamster”.

The mother tells her that her boss is an idiot and she doesn’t have to listen to her and she should go to the boss’ boss to file a complaint about not allowing creativity in her writing.

The young woman kept saying, “I thought what I wrote was perfect and she just made all these changes and then had the nerve to tell me I was spelling words wrong when I know they are right because that is how I have always spelled them.”

She then went on (still on speakerphone) to tell her mom I’m very great and office-inappropriate detail about how hungover she was and what she and her friends did with some guys the night before. Mom laughed and laughed.

The colleagues in and around the workplace kept looking at one another and some even put earbuds/headphones in/on. It appeared as though this was a regular thing with her.

She ended the conversation asking her mom how she should bring this up with the boss’ boss. “I mean, I always spell hamster with a P, she has no right to criticize me.”

She walked to the office kitchen for the rest of the call so I don’t know what happened next.

But I don’t know what her situation is/was. Based on the way her mom spoke to her and they way they spoke to one another, it seemed as though his young woman had never been told she was anything but perfect by family.

I think I was most perplexed by the insistence of wanting to spell something the way she wanted to because SHE WANTED TO, ignoring the fact that there are rules and dictionaries.

And seeming offended that anyone would suggest the use of an outside resource as reference.

But it seemed more like someone who has never been told no, or that she is anything other than 100% perfect and amazing and can do no wrong. And that is going to be exhausting for anyone in her orbit.

Sounds like this 20-something may end up being a congresswoman… 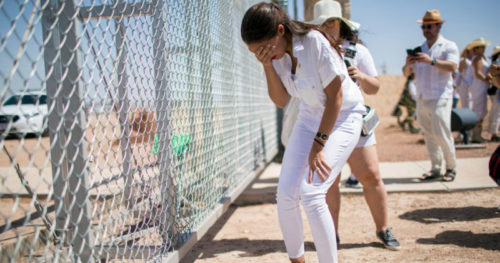