In one of today’s rare moments of reaching across the aisle, Old Bridge Democrat Councilman Mark Razzoli made his opinion known regarding a proposed issuance of “sanctuary statehood” by the New Jersey governor against President Trump and any cooperation with Immigration and Customs Enforcement on illegal aliens.

His response was passionate…

“I am pleased to announce that last night the Old Bridge Council voted to authorize the Township attorney to file a Federal lawsuit against Gov Murphy’s administration over immigration directive that prohibits State, County, and local Law Enforcement Agencies from engaging in routine acts of cooperation with U.S. Immigration and Customs Enforcement,” said Razzoli in a statement obtained by Save Jersey. “We must place public safety above any political agendas. Attorney General Grewal and Governor Murphy need to exhibit to our citizens the same level of concern that they are offering illegal immigrants.”

Obviously as he appeared to have had enough of his Democrat leadership’s blatant disregard for federal law, the safety of American citizens and law enforcement, retired Jersey City Police Detective Razzoli took it to the next level.

Old Bridge Democratic Councilman Mark Razzoli has announced today his decision to run for Congress as a Republican; a decision that was “not made in haste, but a necessary one for anyone with a conscience” said Razzoli. “The Democratic Party that I knew has abandoned the American way of life, rule of law, and common sense, in favor of exaggerated, socialist ideology”, he added.

“Public safety and national security should be our number one priority; no state legislator should put themselves in a position to make their own laws. Their job is to enforce the laws that exist and to protect the citizens of their respective states… public safety and law enforcement go hand in hand.”

This could be a fun campaign to watch unfold. 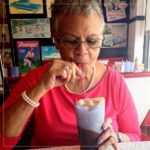 Razzoli will challenge Democratic liberal Bonnie Watson-Coleman in 2020 for the Congressional seat that represents District 12, New Jersey. Razzoli has been critical of Watson-Coleman’s allegiance to the far-left socialists in Washington, DC stating, “They continue to place the wellbeing of illegal immigrants above that of American citizens and people have had enough.”

“I am not looking for a hashtag movement, nor am I seeking the proverbial 15 minutes of glory. I am a patriotic American and by running for Congress with the Republican Party, I will fight for the rights of American citizens and for their safety.”
— Insider NJ, 8/16/19

While the left and their media will obviously try and call Razzoli and his party switch an aberration, we’ll see how many other Democrats are inspired to become Republicans, follow the leadership of President Trump and flee a party that puts the welfare of lawbreakers ahead of the safety and wellbeing of Americans.