Political Discrimination SHOULD Be a Criminal Civil Rights Violation

The First Amendment guarantees, among other things, the right to be around people of like mind.

Congress shall make no law respecting an establishment of religion, or prohibiting the free exercise thereof; or abridging the freedom of speech, or of the press; or the right of the people peaceably to assemble, and to petition the Government for a redress of grievances.
— United States Constitution, Amendment I

The “right of the people peaceably to assemble” is obviously interpreted today as the right to protest, but when that phrase is also referred-to in conjunction with the “right of association”, all fingers appear to point back to the 1st Amendment.

“It is beyond debate that freedom to engage in association for the advancement of beliefs and ideas is an inseparable aspect of the ‘liberty’ assured by the Due Process Clause of the Fourteenth Amendment, which embraces freedom of speech…. Of course, it is immaterial whether the beliefs sought to be advanced by association pertain to political, economic, religious or cultural matters, and state action which may have the effect of curtailing the freedom to associate is subject to the closest scrutiny.” It would appear from the Court’s opinions that the right of association is derivative from the First Amendment guarantees of speech, assembly, and petition, although it has at times seemingly been referred to as a separate, independent freedom protected by the First Amendment.
— Find Law, Right of Association

So, it’s kind of settled that Americans have the right to be around people we like for a myriad of reasons, but nowhere in the straightforward language of the 1st Amendment does it say anything about protections from being around people we don’t. We’re subject to being around people we don’t like every time we leave the house. Granted, we can obtain restraining orders to keep people who’ve committed legally-proven degrees of unlawful activities against another person, but after that we kinda’ have to suck it up and have people around us we may not have chosen to be with.

While it’s easy to steer clear of people we may not want to associate with in public places, there are also places where a certain amount of tolerance is required. In a movie theater, a bar, a sporting event, the workplace, and Thanksgiving and Christmas dinner…. 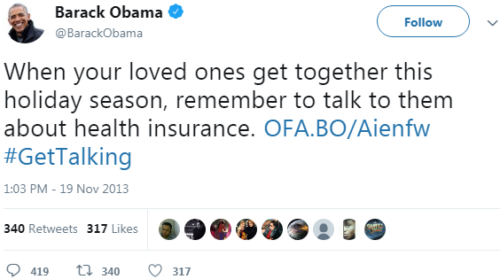 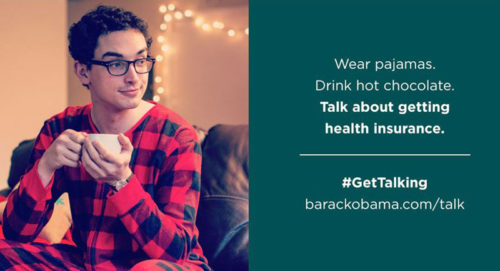 When it comes to the workplace, as long as people act in a professional manner and the tasks are completed to the satisfaction of the employer, all should be all well and good.

However, anyone who’s worked in Hollywood, Washington D.C., Silicon Valley, New York City, almost every education establishment, or anywhere liberals collect in large enclaves, there’s an unwritten rule that’s not so unwritten anymore: if you’re not a Democrat, you had best keep your ideology secret, or else. That “or else” can range from public harassment to termination, despite your not doing anything fireable.

In some cases, that conservative and/or Republican can’t have anything that verifies his or her preference, even if not verbally stated. Social media posts can do-in a prospective Republican employee from gaining employment.

If you were to replace the words “Republican” or “conservative” in the paragraph above with “liberal”, “progressive”, “Democrat”, “black”, “woman”, “gay”, “handicapped”, “Muslim” etc., you’d be talking about serious social media backlash and the very real prospect of prosecution for civil rights violations.

The Civil Rights Division of the Department of Justice, created in 1957 by the enactment of the Civil Rights Act of 1957, works to uphold the civil and constitutional rights of all Americans, particularly some of the most vulnerable members of our society. The Division enforces federal statutes prohibiting discrimination on the basis of race, color, sex, disability, religion, familial status and national origin.
— Department of Justice, Civil Rights Division

But for some reason, liberal Democrats feel empowered to discriminate against anyone they discover is a Republican, are free to verbally harass and even do anything and everything to get that Republican terminated. If they have any say in the hiring process, they have no problem not even considering a qualified conservative just because of who they support and vote for.

There are serious monetary ramifications for workplace discrimination. Aside from the tense atmosphere, blacklists are created and enforced with impunity. That can result in the obvious negative financial issues for someone who was one day gainfully employed and a valued employee to someone who now can’t find a similar job in their immediate industry despite experience and professionalism. Those ramifications include possible loss of car, home, marriage, and more; losses not considered when gleefully ridding the workplace of someone that doesn’t think the way tolerant liberals demand.

And let’s not forget the opposite when it comes to political discrimination: political nepotism and official favors for the obviously unqualified but well connected.

In many parts of the world, the children of powerful political figures go into business and profit handsomely, not necessarily because they are good at it, but because people want to curry favor with their influential parents. This is a relatively new phenomenon in the United States. But for relatives of some prominent political families, we may already be talking about hundreds of millions of dollars.
— Peter Schweizer

Political discrimination is NOT considered a civil rights violation because mostly liberal Democrats do it. It should be considered a criminal act way beyond protected political speech, especially when it’s used as a club far removed from the ballot box. The harm caused is more than hurt feelings but real world damage that can last days, weeks, even years while any recovery can be relatively disproportionate.

As it’s something he’s obviously experienced, hopefully this is something President Trump can address down the road.

If you think the environment in the federal workplace is bad enough, here’s something to contemplate should Joe Biden win the 2020 presidential election….