One of the first things told to young grade school students in writing classes was to “Write about that which you know”; a concept that’s appeared to fall on deaf and dumb ears in the world of today’s professional journalists. In the case of the reporting of the death of Los Angeles Laker legend Kobe Bryant, it appears we have yet another case of ignorance that slipped through the filters.

During a segment aired on the BBC, the video creator appears to have come down with a case of they-all-look-alike-itis as footage of LeBron James was inserted with footage of Bryant. Even though there were slight hints of a difference between the players, the error wasn’t caught and allowed to air.

A BBC spokesman said: ‘In tonight’s coverage of the death of Kobe Bryant on BBC News at Ten we mistakenly used pictures of LeBron James in one section of the report.

‘We apologise for this human error which fell below our usual standards on the programme.’
— Daily Mail, 1/26/20

Human error? No shit. But let’s talk about the BBC’s “usual standards”.

Both players are black. Whew, at least they got that right. 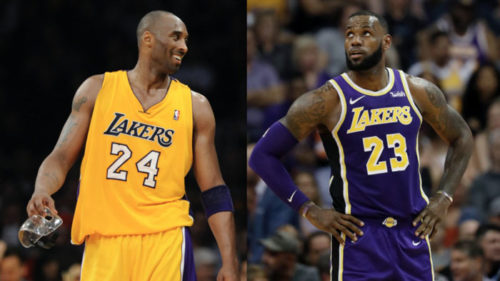 Despite the perception in the BBC production wing and the possible politically correct practice of not dwelling on appearances, they don’t look alike.

Another slight hint as to the difference between the two players, Bryant was #24 and not #23.

The ability to read and comprehend also appears to be an issue here as this was to be a clip about Kobe Bryant, with the name Bryant on the back of his jersey, spelled B-R-Y-A-N-T, not J-A-M-E-S.

Obviously whomever was tasked with putting the package together obviously knew nothing about American basketball as there would be zero confusion about the players. This should have been caught by multiple eyes before airing and yet it got by them all. Was this a case of ignorant women or context-challenged millennials or those who could care less about sports being tasked to create a very short memoriam of one of the greatest players in Los Angeles Lakers history, if not the National Basketball Association?

But this just illustrated (again) what’s wrong with today’s media; a profession where writing about that which they don’t know has its perils and we see the results almost every day.