Kobe Bryant Was a Great Player. ‘Greatest of All Time”? Puh-leez

Today’s media (and society in general) has a tendency of elevating celebrities to near sainthood upon their untimely deaths, but when they decide to go into that “greatest of all time” conversation, context is almost always absent because of the initial emotion of those so challenged.

Every year Yahoo Sports asks every NBA player a series of questions to determine the greatest of all-time on a number of different topics.  Every year, Kobe Bryant is mentioned in almost every category.  This is a collection of some of those answers and a testament to why Kobe is The G.O.A.T.
— Yahoo Sports, 2/24/20

Kobe Bryant was a great player, however many teams have had great players. Some have gone on to win championships and some have not, but you can’t honestly have a conversation about the greatest-of-all-time in professional basketball without nudging out Walt Frazier, Wilt Chamberlain, Karl Malone, Oscar Robertson, Nate “Tiny” Archibald, George “Iceman” Gervin, “Pistol” Pete Maravich, Larry Bird, Magic Johnson, Clyde “the Glide” Drexler, Dominique Wilkins, Jerry West, Bob Cousy, Elgin Baylor, Charles Barkley, Lew Alcindor (if you don’t know who that is, it makes our point), Earl “the Pearl” Monroe, Isaiah Thomas (Pistons), and that’s only some that immediately come to mind.

There were greats who redefined their positions, changed the game and inspired many in the NBA we have today. Had it not been for the following, we may not have a LeBron James who was clearly inspired by those who preceded him. Golden State Warriors’ head coach would certainly have been a nobody had his game not been elevated to play on the same court with one of the following who should be automatically in the GOAT conversation. 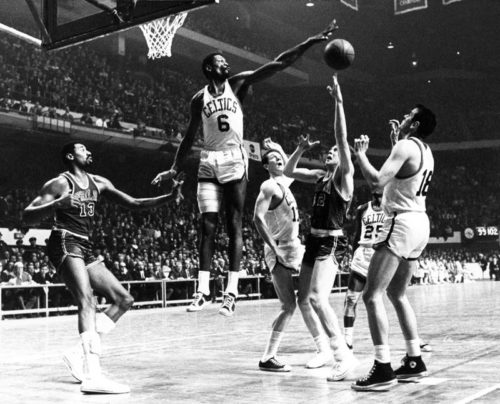 A five-time NBA Most Valuable Player and a twelve-time All-Star, Bill Russell was the centerpiece of the Boston Celtics dynasty that won eleven NBA championships during his 13-year career. His shot-blocking and man-to-man defense were major reasons for the Celtics’ domination of the NBA during his career. Russell led the NBA in rebounds four times, had a dozen consecutive seasons of 1,000 or more rebounds, and remains second all-time in both total rebounds and rebounds per game. He is one of just two NBA players (the other being prominent rival Wilt Chamberlain) to have grabbed more than 50 rebounds in a game.

He was inducted into the Naismith Memorial Basketball Hall of Fame and the National Collegiate Basketball Hall of Fame. He was selected into the NBA 25th Anniversary Team in 1971 and the NBA 35th Anniversary Team in 1980, and named as one of the 50 Greatest Players in NBA History in 1996, one of only four players to receive all three honors. In 2007, he was enshrined in the FIBA Hall of Fame. In Russell’s honor the NBA renamed the NBA Finals Most Valuable Player trophy in 2009: it is now the Bill Russell NBA Finals Most Valuable Player Award.

Consistency is when your teammates can rely on you year after year and you almost always get the same result: winning. 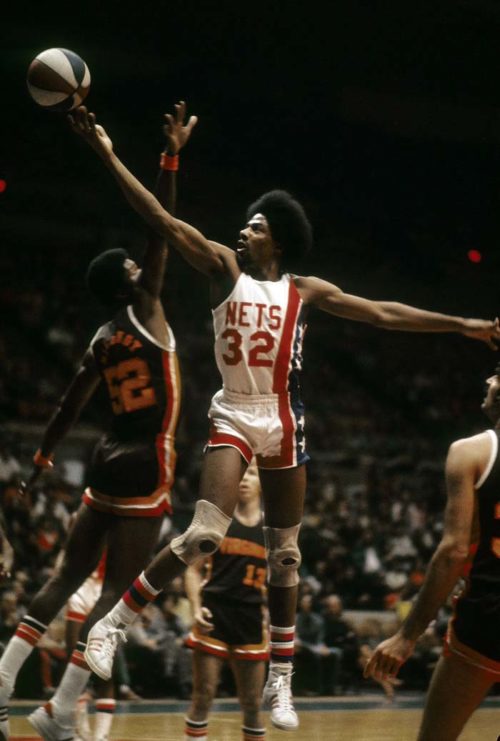 Erving won three championships, four Most Valuable Player Awards, and three scoring titles with the ABA’s Virginia Squires and New York Nets (now the NBA’s Brooklyn Nets) and the NBA’s Philadelphia 76ers. He is the eighth-highest scorer in ABA/NBA history with 30,026 points (NBA and ABA combined). He was well known for slam dunking from the free throw line in slam dunk contests and was the only player voted Most Valuable Player in both the ABA and the NBA.

Erving was inducted in 1993 into the Basketball Hall of Fame and was also named to the NBA’s 50th Anniversary All-Time team. In 1994, Erving was named by Sports Illustrated as one of the 40 most important athletes of all time.

All one need do is look at a highlight reel and you can do nothing but admit Dr. J changed how big men played the game and he did so with a grace yet to be replicated with such beauty.

Lastly, how could anyone honestly elevate Kobe Bryant over… 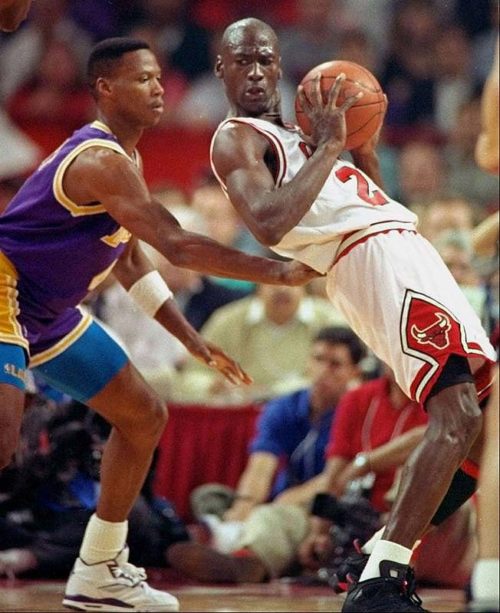 Michael Jordan played 15 seasons in the NBA, winning six championships with the Chicago Bulls. His biography on the official NBA website states: “By acclamation, Michael Jordan is the greatest basketball player of all time.” He was one of the most effectively marketed athletes of his generation and was considered instrumental in popularizing the NBA around the world in the 1980s and 1990s.

Jordan joined the Bulls in 1984 and quickly emerged as a league star and entertained crowds with his prolific scoring. His leaping ability, demonstrated by performing slam dunks from the free throw line in Slam Dunk Contests, earned him the nicknames Air Jordan and His Airness. He also gained a reputation for being one of the best defensive players in basketball. In 1991, he won his first NBA championship with the Bulls, and followed that achievement with titles in 1992 and 1993, securing a “three-peat”. Although Jordan abruptly retired from basketball before the 1993–94 NBA season and started a new career in Minor League Baseball, he returned to the Bulls in March 1995 and led them to three additional championships in 1996, 1997, and 1998, as well as a then-record 72 regular-season wins in the 1995–96 NBA season.

Jordan’s individual accolades and accomplishments include six NBA Finals Most Valuable Player (MVP) Awards, ten scoring titles (both all-time records), five MVP Awards, ten All-NBA First Team designations, nine All-Defensive First Team honors, fourteen NBA All-Star Game selections, three All-Star Game MVP Awards, three steals titles, and the 1988 NBA Defensive Player of the Year Award. He holds the NBA records for highest career regular season scoring average (30.12 points per game) and highest career playoff scoring average (33.45 points per game). In 1999, he was named the greatest North American athlete of the 20th century by ESPN, and was second to Babe Ruth on the Associated Press’ list of athletes of the century. Jordan is a two-time inductee into the Naismith Memorial Basketball Hall of Fame, having been enshrined in 2009 for his individual career and again in 2010 as part of the group induction of the 1992 United States men’s Olympic basketball team (“The Dream Team”). He became a member of the FIBA Hall of Fame in 2015.

It’s safe to say, if you could have any player on your team for the last two minutes of a game you HAD to win, Michael Jordan would’ve probably be your best option.

Kobe Bryant was blessed to enter the league with the Lakers and play alongside a Shaquille O’Neal in his prime. The players mentioned above initially had no one near the supporting cast Bryant had. Russell, Erving and Jordan made their teammates elevate their game to a championship level.

Bryant was also blessed to play his entire career in the entertainment capital of the world. It could be argued, had Kobe played his entire career in Indiana or Utah or Cleveland, he may have just been regarded as a great player who tragically died. “Greatest of all time”… that would probably something that many would be debating.