Media Should Be Held Financially Responsible for Coronavirus Panic

It must be nice to be able to scream fire in a crowded movie theater from the last row, sit back and watch mass panic ensue, coincidently having to feed a 24-7 news cycle that thrives on tumult.

This is not to fear monger. It would be irresponsible for us to create panic when it’s undue.

That being said, we know 80 percent of the population is going to survive and a typically 15 to 20 percent rate of mortality for those individuals that are both elderly or have underlying conditions.”
— Dr. Joseph Fair, MSNBC science contributor, 3/9/20

The effects are something the left has little concern for and are rightfully being called out on it.

What I have a problem with is the panic and the fact that businesses are getting destroyed, that people’s lives are being upended, not by the virus, but by the panic. The panic must stop. And the press, they really somehow need to be held accountable because they are hurting people.
— Dr. Drew Pinsky, 3/9/20

We all know there are ramifications to every action and an irresponsible, pro-Democrat media is hoping for any opportunity to steer the 2020 election away from President Trump, no matter how many Americans are freaking out and harmed by their misinformation.

NY Times: Why the Outlook for the Economy Just Got Worse
NPR: The Coronavirus’ Impact On Financial Markets And The Economy
MSNBC: Examining how coronavirus can affect the economy
CNN: The coronavirus is already hurting the world economy. Here’s why it could get really scary

Rush Limbaugh was one of the first ridiculed as he put all things “pandemic” in proper perspective.

Give them time, Rush.

While the left got all butthurt after the implication they were stoking a public panic for obvious political reasons, the result of their “scary” moved right along and the effects were as hoped.

Wall Street reeled and millions of Americans worried after the stock market’s worst day since the 2008 financial crisis. The Dow Jones Industrial Average fell more than 2,000 points, or nearly 8%, based largely on concern over the coronavirus and oil prices.

They had to throw in the “oil” thing as veiled cover….

The U.S. death toll rose to 26 and several members of Congress are in self-quarantine after possible exposure. Despite contact with some of those lawmakers in recent days, President Trump has not been tested for the coronavirus, according to his press secretary.
— CBS News, 3/10/20

After the Mueller Report and impeachment failed, the Democrat left and their meida launched the latest attempt to damage President Trump’s strongest 2020 election card: the economy. COVID-19 became one of the last rounds in the chamber and Democrats pulled the trigger.

Twenty-seven coronavirus deaths to-date is tragic but compared to the flu is almost nonexistent. How many even bothered to go to the CDC’s website at CNN, The New York Times, NPR, MSNBC…? 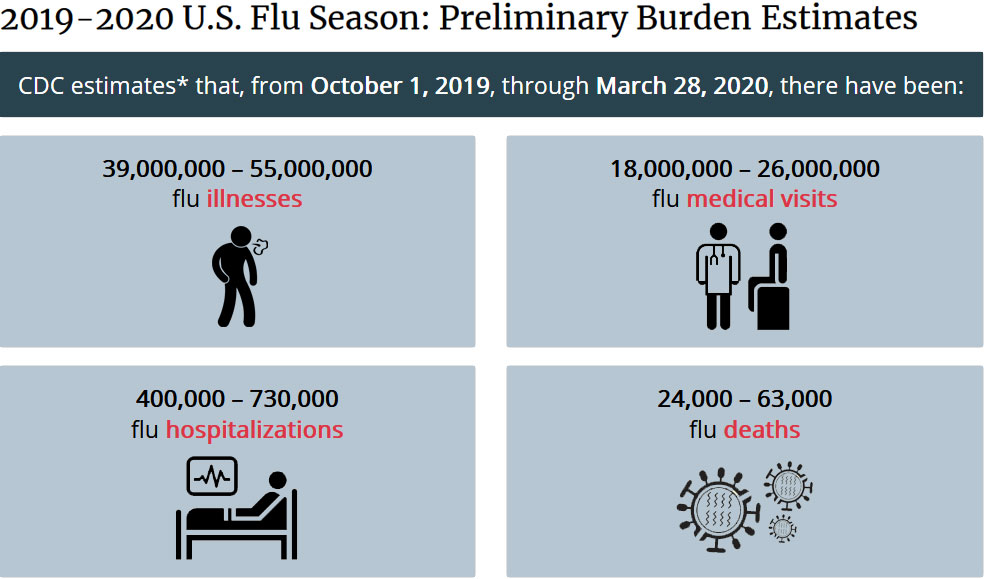 Meanwhile real business owners, employees, customers, and the general public are going to have feel the real-world ramifications of the panic caused by gleeful Democrats.

The spread of the Coronavirus could have significant implications for businesses here at home and around the globe. Industrial sectors will be impacted in waves, for example certain transportation sectors like aviation and certain trade-dependent industries are already being impacted.

The damage to the Trump economy and Democrats want to come off as compassionate saviors before November.

Paid sick leave is one of several measures that House Democrats are advocating for to help mitigate the economic impact of the coronavirus. They also want to ensure unemployment insurance for people who lose their jobs due to the outbreak and expand food assistance to low-income families.

The Trump administration and Republicans on Capitol Hill, meanwhile, are focusing on “targeted” measures such as tax deferments for industries most affected by the outbreak, such as the travel and hospitality sectors.
— The Hill, 3/9/20

The media creates a panic, the economy reacts and politicians use Americans’ money to pay off those affected by the panic. Normally, those who create a panic are held legally and sometimes financially responsible, but the bomb-throwing media hides behind a First Amendment privilege the Founders may have pulled back had they known just how much journalism would devolve.

Successfully suing a hostile media is not without precedent.

Hopefully those businesses adversely affected by media hysterics will lawyer-up and hold those with the biggest mouths accountable.

We said this Coronavirus was the equivalent of a bad flu season and it turns out our initial assessment of the media/politician/agency panic was correct. As written above, “We all know there are ramifications to every action and an irresponsible, pro-Democrat media is hoping for any opportunity to steer the 2020 election away from President Trump, no matter how many Americans are freaking out and harmed by their misinformation.”

So, what are we going to do about it?