With the reports of Capitol Hill elected who sold off stocks upon receiving important COVID-19 information before the public, it’s pertinent to note that our elected are required to disclose their personal financial transactions (see: STOCK Act) and make them available to the public.

The power of public office carries with it the perennial desire to use the power for financial gain. If financial disclosure reports don’t paint an adequate—and importantly, accurate—picture of a government official’s financial interests, the public can’t know if those officials are acting impartially.
— Campaign Legal Center, 10/26/18

Like most databases, you only get out of them what was input.

Given the noise, it’s also telling who’s blown off the public’s right to know in 2019 and 2020 and declined to file a transaction report….

Maybe some were too busy impeaching President Trump, but you get the idea and see the pattern.

As far as the pundit/media catcalls for Republican senators to resign, let’s be consistent (although we know that won’t happen) and acknowledge this as a bipartisan issue come back to bite…. 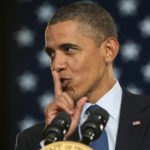 President Obama quietly signed S. 716, which repealed a requirement of the Stop Trading on Congressional Knowledge Act (the bipartisan bill aimed at halting insider trading by members of Congress) requiring roughly 28,000 senior government officials to post their financial information online. Both chambers of Congress quickly — and near silently — approved the repeal legislation at the end of last week by unanimous consent, just before heading home to their districts.
— The Hill, 4/15/13

Let’s see EVERY Capitol Hill politician’s books. Seeing how well Democrats project, it’s a safe bet that outing a few Republicans is to mask the possible unethical activities of a whole lot more Democrats who blew off their opportunity to be open with the American people.