An IRS Letter is ‘Partisan’ Just Because President Trump Signed it

While millions of Americans have received (or will receive) a Coronavirus stimulus check, there had to be something to bitch about. Michael Collins at USA Today found something worth kvetching about. 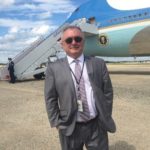 Americans who received a stimulus check from the federal government also are getting something else in the mail: a letter from President Donald Trump.

A one-page letter from Trump started arriving over the weekend in the mailboxes of millions of Americans who received stimulus payments of up to $1,200 under a new law designed to help the economy recover from the fallout of the coronavirus pandemic.

Time for a lifeline….

A former taxpayer advocate at the Internal Revenue Service called the letter “unbelievable” and said it makes the agency “look like it is the handmaiden of one administration and one party.”
— USA Today, 4/29/20

Take a look at the letter sent from the White House, signed by the sitting President of the United States; the same president who signed the CARES Act authorizing payments sent directly to Americans, and see if you can find the “unbelievable” tone that makes the agency look like “the handmaiden of one administration and one party.” 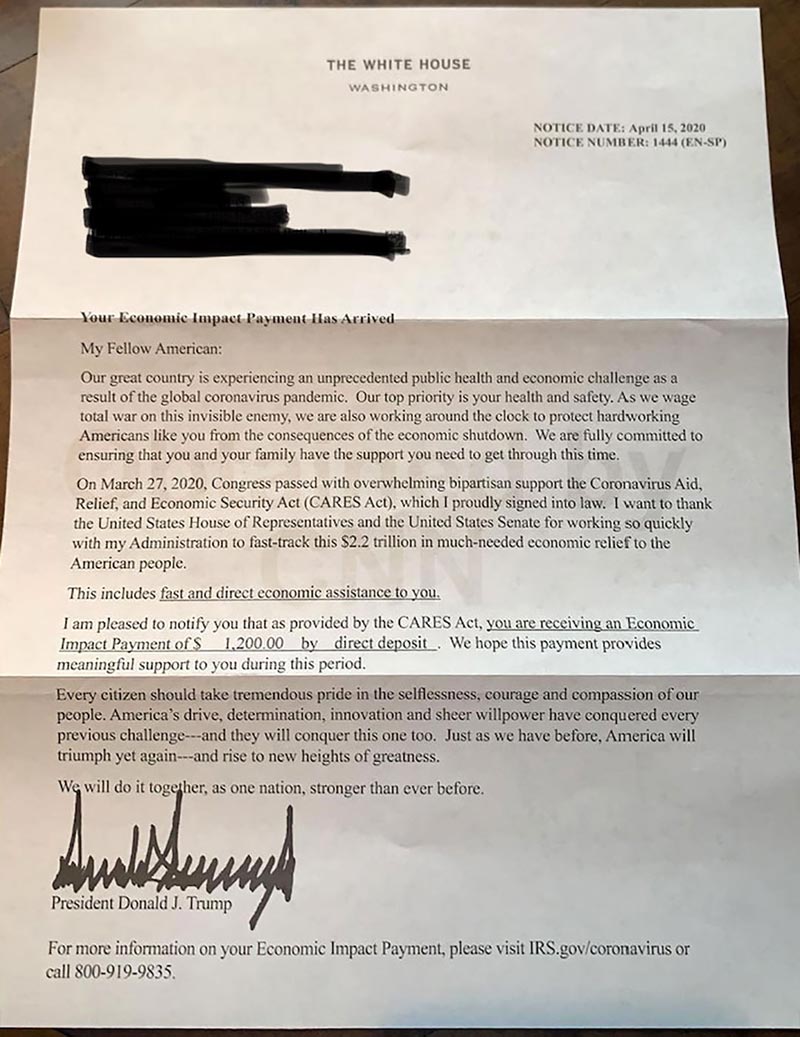 The president obviously neglected to have the IRS slip in the word “Republican”. 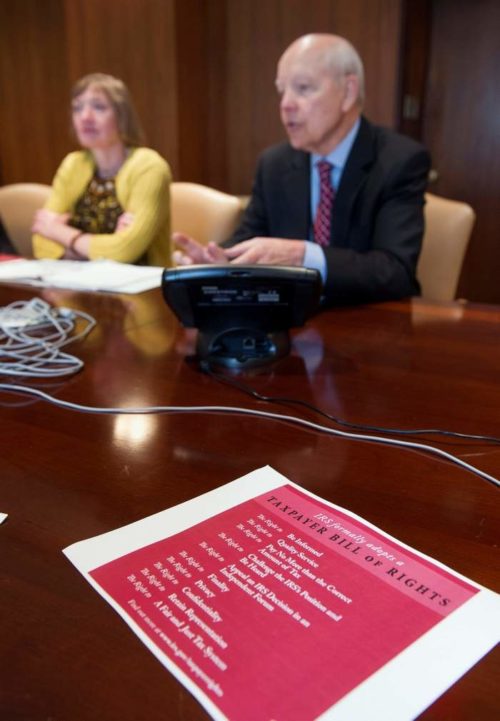 Collins reached out to one person to certify what must have been some nitpick outrage. That person was Nina Olsen.

“This will harm the IRS and its ability to appear nonpolitical and nonpartisan,” said Nina Olson, executive director of the Center for Taxpayer Rights. “If I were there, I would be strongly advocating against this.”

We don’t recall ever hearing Olson publicly excoriate the Obama administration, not only after the revelations of IRS official Lois Lerner’s targeting conservative groups, her lost-and-found 30,000 missing emails or former Obama Commissioner John Koskinen’s obstruction that stunk of monumental cover-up. The response from her “watchdog” agency response (at the time) was rather subdued and in no way reflected the public outrage.

“To promote voluntary compliance with the tax laws, the IRS must be impartial both in fact and in appearance. The revelation that the IRS used ‘tea party’ and similar labels to select tax-exemption applicants for further review, even if intended solely as a workload management tool, has created the appearance that the IRS was not impartial. It is imperative the IRS move quickly to regain the public’s trust and take steps to prevent this kind of incident from happening again.”
— Taxpayer Advocate Service, 2014 Special Report

Seeing how Lerner escaped any kind of real punishment (early retirement doesn’t count), it’s not clear which steps were taken to “regain the public’s trust and take steps to prevent this kind of incident from happening again.”

This whole letter thing appears to be yet another narrative created to poke President Trump and one concurring quote was found.

It remains to be seen when Mr. Collins will find and quote Americans who received a check and letter, ready to go on the record and bitch about receiving much-needed relief.