In times of tribulation, leadership is expected to inspire calm. Consistency in messaging wouldn’t hurt. 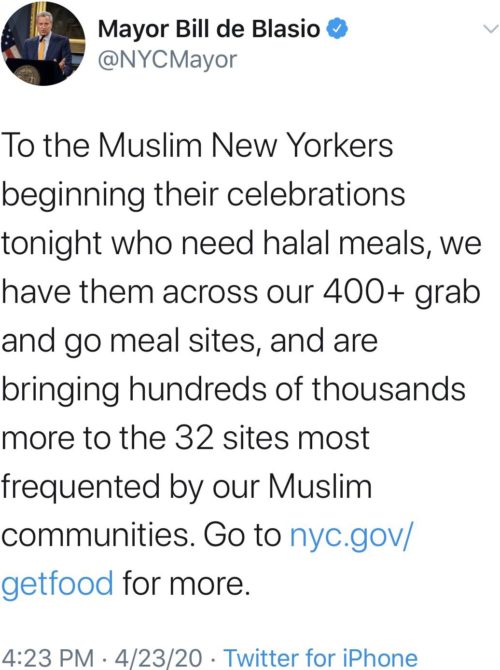 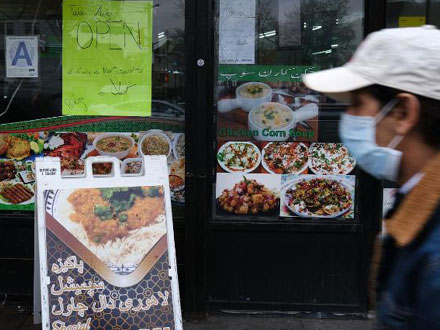 BTW — Those “grab-and-go meals” were originally intended for school kids whose parents had issues feeding them. Mayor de Blasio saw fit to open it up for all and mentioned one group in particular. Later, he singled out another group…. 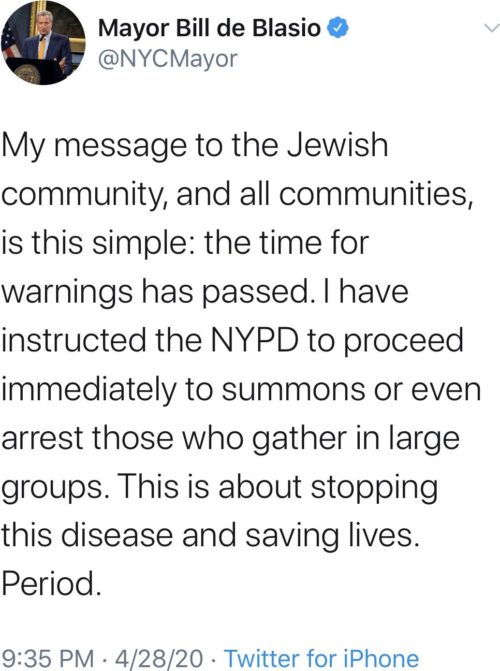 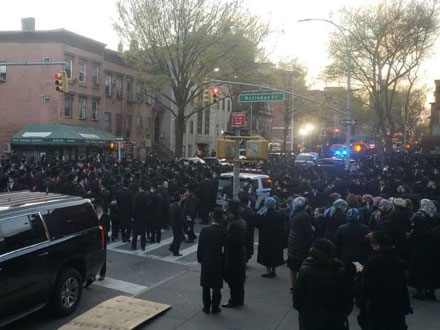 Some people are encouraged to move about freely in New York City while others are warned against it under threat of arrest. 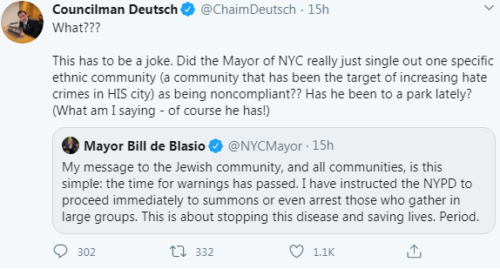 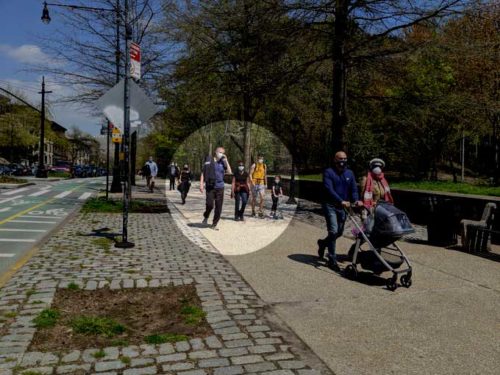 It appears Mayor de Blasio needed a few hours to compose himself between Tweets and addressed his previous messaging during a subsequent presser.

I regret if the way I say it in any way gave people a feeling of being treated the wrong way — it was not my intention. It was said with love, but it was tough love.
— Mayor Bill de Blasio, 4/29/20 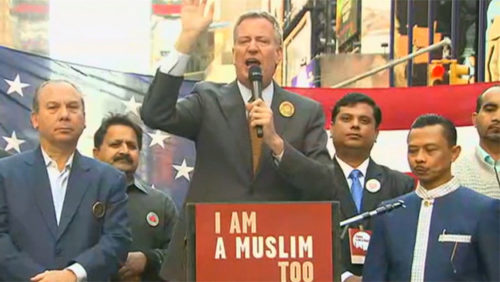 So much for that expectation of not playing favorites.