How President Donald J. Trump WILL Win a Second Term: It’s Quite Simple

While we’ve all been served up a taste of Big Tech-media spin-pundit overreaction tumult in the aftermath of the 2020 election, it actually took a random act of journalism, however biased, to remind us of how President Trump knew what was coming and how he’s playing all of the disruptors for fools.

Many of us have been sitting uneasy while being consistently and gleefully taunted by the left of the legal “losses” by Trump campaign lawyers and cases brought to courts by Lin Wood and Sidney Powell. But good defense lawyers don’t always go for the win; they try to hang a jury with reasonable doubt.

Thanks to a media that depends on the ignorance of their consumers, it’s believed the Trump strategy is to flip states that voted for Joe Biden. That may not be the sole objective. Instead of going from blue to red, the goal may be to get the electors to not certify their state for any candidate. That would mean the Electoral College votes would not go to either candidate and in the case of states where Biden was declared the winner by the media*, his vote count would be reduced and as Fareed Zakaria reminded us in September, it would bring both candidates below the required 270 votes needed to outright win the presidency. 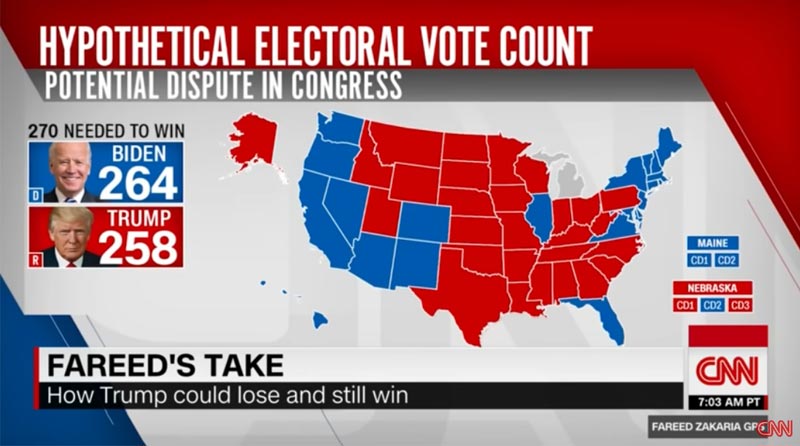 According to the Constitution, the House of Representatives settles the matter. Of course, the ignorant left would be reassured Biden would win because the Democrats control the House, but hold on.

That’s not how it works…. 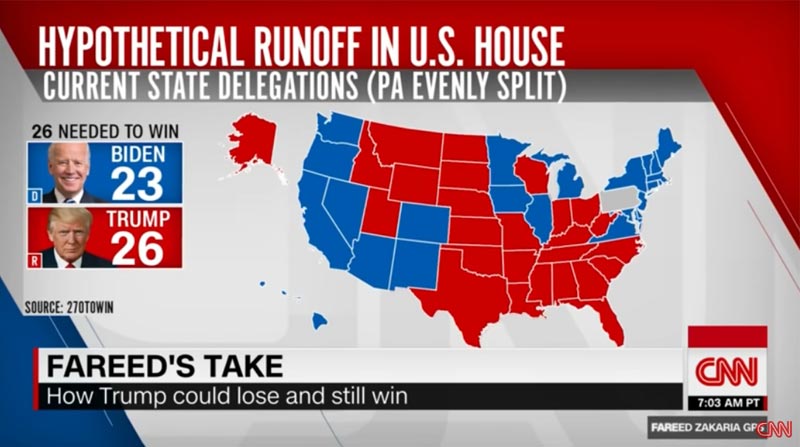 Instead of a full vote among House members, each state is awarded one vote and seeing how there are currently more Republican-controlled states than Democrat states, that vote will fall in President Trump’s favor and he would win a second term.

So, tolerate the minutia and collateral damage (on both sides) for the time being: the drama over voting machines and “spikes”, count irregularities, public hearings and pundit hand-wringing that we don’t just bend over and accept the election result they prefer. That’s all being compiled for the long-overdue Democrat coup d’état-deep state-swamp-fake news media reckoning.

For now, it’s all being accumulated to create reasonable doubt and give electors the cover required to do the Constitutional thing.