Moderna Designed a COVID-19 Vaccine in 2 Days. Sound Safe to You?

The response to the leftist Coronavirus panic almost sounds like a bad joke. 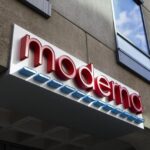 Covid-19 vaccine maker Moderna designed its vaccine against the novel coronavirus in just two days. On Jan. 11, Chinese authorities shared the genetic sequence of the novel coronavirus, according to Moderna’s website. Two days later, on Jan. 13, the National Institutes of Health and Moderna’s infectious disease research team finalized the sequence for mRNA-1273, the formal name of the company’s Covid-19 vaccine. The company then went on to formulate a clinical batch, according to a company spokesperson.

Moderna announced it intends to apply today to the US Food and Drug Administration for authorization of its Covid-19 vaccine.
— CNN, 11/30/20

It brings to mind an iconic opening scene from a rather bad remake.

Not only does one have to absorb the reality that so many want to put something into their body that took TWO DAYS to create, but there obviously hasn’t been time to study what the side effects will be.

Clinical trials move through phases, testing interventions in larger groups until they are determined safe and effective.

The first three phases can take several years to complete and aside from those hurried, an important phase appears to have been blown off altogether.

Phase 4: This phase is often called “Post-Approval Research and Monitoring.” After a new treatment is approved by the FDA, the pharmaceutical or device company may want to continue monitoring patients to learn more about the treatment’s longer-term effects, while comparing it against other already-approved options. It may take time for long-term side effects to appear, making this an important phase.
— Antidote

And you know there will be side effects because there always are.

So, this is just something to ponder.

Approximately one year ago, no one thought the world and her economies would be taken down by an invisible virus, not to mention the political fallout. Let’s be real: NO ONE knows what the short or long-term side effects of a COVID-19 vaccine will be and despite the assurances against the unknowns, there will be geniuses on Capitol Hill and state houses around the country that will propose the taking of the said vaccines be made mandatory. You’d think such decisions would require more care and deliberation.

Then again, how much more damage can be caused because of a couple of days? 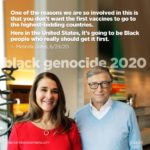 Bill Gates jumped-started Moderna and his vaccine track record has been scandalous, to say the least.

Anyone defending the Bill Gates/WHO global vaccine program needs to explain this study: Mogensen et al 2017. Prior to 2017, neither HHS nor WHO ever performed the kind of vaccinated/unvaccinated (or placebo) study necessary to ascertain if the DTP vaccine actually yields beneficial health outcomes. The DTP vaccine was discontinued in the US and western nations in the 1990s following thousands of reports of death and brain damage.

Bill Gates and his surrogates, GAVI and WHO, made DTP a priority for African babies. The Danish government and Novo Nordisk Foundation commissioned this study by a team of the world’s leading experts on African vaccination. The two most prominent names, Drs. Soren Mogensen and Peter Aaby, are both vocal vaccine supporters. They were shocked when they examined years of data from a so called “natural experiment” in Guinea Bissau where 50% of children die before age five. In that west African nation, half the children were vaccinated with the DTP vaccine at three months and the other half at six months. Dr. Mogenson and his team found that girls vaccinated with the DTP vaccine died at 10 times the rate of unvaccinated kids. While the vaccinated children were protected from Diphtheria, Tetanus and Pertussis, they were far more susceptible to other deadly diseases than unvaccinated peers. The vaccine apparently compromised their immune systems. Thanks to Gates, DTP is the world’s most popular vaccine.
— Children’s Health Defense, 4/23/20

We’ve been hearing so much about how COVID-19 has disproportionately affected the black community and the left wants blacks and Latinos to get the first batch of vaccines available.

I guess we’ll find out what the side effects are soon enough.

Maybe not, but at least the probability is belatedly being discussed.

In a new research article published in Microbiology & Infectious Diseases, veteran immunologist J. Bart Classen expresses similar concerns and writes that “RNA-based COVID vaccines have the potential to cause more disease than the epidemic of COVID-19.”

For decades, Classen has published papers exploring how vaccination can give rise to chronic conditions such as Type 1 and Type 2 diabetes — not right away, but three or four years down the road. In this latest paper, Classen warns that the RNA-based vaccine technology could create “new potential mechanisms” of vaccine adverse events that may take years to come to light.
— Children’s Health Defense, 2/9/21

Remember this before you race out to get vaccine shots.