Where Were These Corporations When Democrats Challenged Elections?

As per the normal political cycle modus operandi, many U.S. corporations donated generously to both Democrats and Republicans prior to the 2020 general election. This is informally termed “protection money” as they assure some kind of favored status depending on the outcome.

But with the ongoing socialist-Democrat, #BigTech-led purge of all things conservative and Republican, these “principled” corporation is taking the cowardly approach and have joined in on the left-wing attacks.

Republicans in Congress faced growing blowback on Monday from businesses that said they would cut off campaign contributions to those who voted last week to challenge President-elect Joe Biden’s victory.

The announcements by Amazon.com, General Electric Co, Dow, AT&T, Comcast Corp, Verizon Communications, American Express Co, Airbnb, Best Buy and Mastercard, among others, threaten to throttle fundraising resources for Republicans who will soon be out of power in the White House and both chambers of Congress. AT&T and Comcast, for example, are among the biggest corporate donors in Washington.
— Daily Mail (UK), 1/11/21

The question to these corporations and their newly-woke values should rightly be, where the hell were they in 2000 and 2004 when Democrats lost the presidential election and shortly thereafter, challenged the outcome using the same process used by President Trump and his allies now decried?

BTW — To acknowledge a consistency to this day, the majority of “irregularities” cited in 2000 and 2004 occurred in Democrat-run black districts. Funny how that keeps happening….

The pile-on is now safe.

Deutsche Bank AG and Signature Bank, two of Donald Trump’s favored lenders, are pulling away from the billionaire president in the wake of last week’s deadly riot at the U.S. Capitol.

The German lender has decided not to conduct any further business with Trump and his company, said two people with knowledge of the matter, asking not to be identified because the deliberations were confidential. Trump owes the Frankfurt-based lender more than $300 million.

Signature Bank, the New York lender that’s long catered to his family, is closing two personal accounts in which Trump held about $5.3 million, a spokesperson for the firm said on Monday. It’s also calling for the president to step aside before his term officially ends on Jan. 20.
— Bloomberg, 1/12/21

Some of these corporations have made it known they’ll revisit this policy in time for the 2022 elections where political winds may change and it may be necessary to curry favor with Republicans. They’ll depend on short memories; something too many in politics have in abundance where campaign dollars are concerned.

The blowback from Trump supporters, and the sane portion of the public, is real and it hurts. 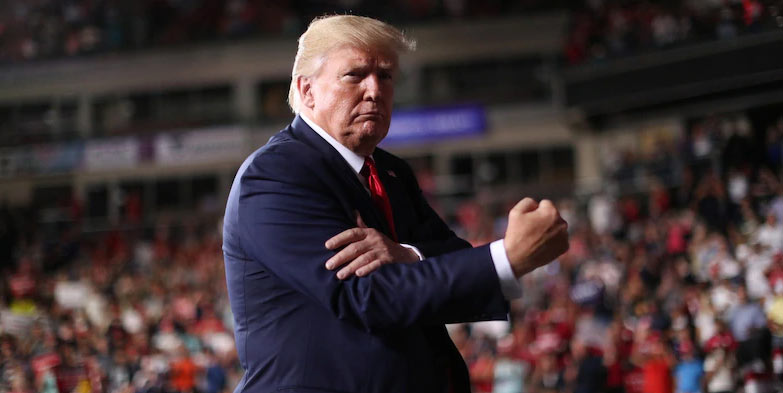 It never takes long for the arrogants to display their chutzpah and racist condescension.

The current damage done to the conservative, Trump-supporting electorate will be something we’ll be told to get over and these cowardly, politically-motivated corporations will soon find out how their #woke decision plays out in the real world.