The ONLY Reason Why Hillary Would Run: Durham is Closing In on Her

For all the conservatives who are hand-wringing over the seemingly slow pace of the Durham investigation, there is one person who knows exactly what the special counsel is up to, who his ultimate target is and she doesn’t like what’s coming.

Special counsel John Durham told a federal court that he is scrutinizing members of former Secretary of State Hillary Clinton’s 2016 presidential campaign as part of his criminal inquiry into the origins and conduct of the Trump-Russia investigation.
— Washington Examiner, 12/20/21

If Hillary was in any kind of personal legal jeopardy, what card would she play? Turns out she’s been down that road before and it all worked out in the end.

In Michigan, Donald Trump called Clinton “the most corrupt person ever to seek the office of the presidency of the United States.” But the Republican nominee, who has expressed hope in the last week that the FBI’s review of new emails might yield an indictment, emphasized to his supporters Sunday that Clinton is “protected” by powerful forces.

While the narrative will be any mention of criminality regarding Clinton is verboten, she will be justifiably and mercilessly pummeled by Donald Trump (IF he decides to run again) over the whole Steele dossier-Russia-collusion hoax and while the pro-Democrat media will shrug it off as old news, dismiss it as censor-worthy “conspiracy theory” or conveniently forget it ever happened, John Durham will not and he may start handing Hillary bad news soon enough.

So, what would be the only shield she has available to keep a very newsworthy prosecution at bay?

A run for President of the United States where any legal move against her will (again) be called a partisan ploy to deny the will of Democrat voters. It worked in 2016 so why not play that card when she needs it again against someone who could care less about the squealing of CNN, MSNBC, and New York Times bodyguards?

Let’s not forget Hillary doesn’t need the drama. Aside from a bruised ego that STILL refuses to let go of her being robbed in 2016, she’s living a relatively good life. She has stay-at-home book and podcast deals, and an assortment of potential media projects at the drop of a phone call to the 818 area code. She can drink all the Chardonnay she wants and no one sees her fall over. She knows and dreads all the personal intrusions another run for president would bring. She also knows an indifferent, politically unfettered John Durham could put a serious crimp in her financials, if not her freedom. 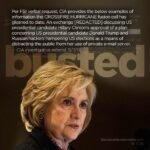 Hillary is Durham’s ultimate target and she knows it. “Opposition research” coordinated between her campaign and the DNC, culminating in the elaborate Russia fabrication that resulted in millions in investigations, improper warrants, targeted “process crime” prosecutions and the smearing of a United States president still to this day, would have only been green-lighted by the candidate. Hillary Clinton was solely responsible for the deployment of that Big Lie.

So while the pundit class boisterously speculate as to the motives of yet another Hillary run for the presidency, here’s something else to consider. 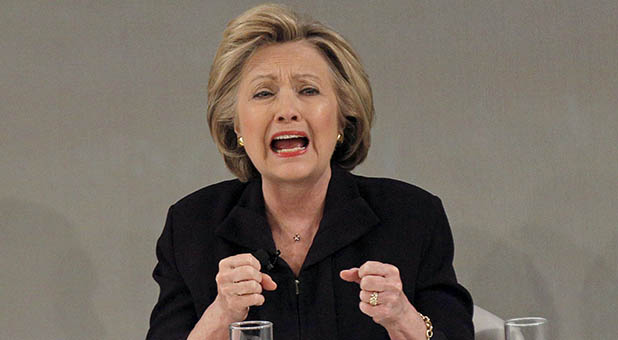 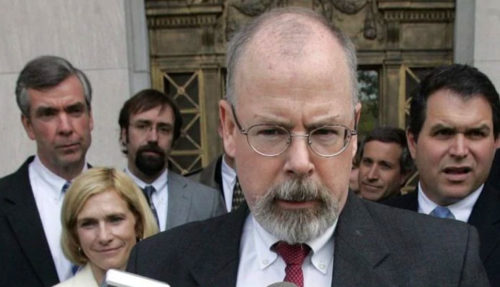 It’s not to get a second crack at Trump or save the country. It would only be to save her ass. If she does go as far as announcing, you’ll know really bad Durham news is soon to follow. She’ll run (carefully) to her friendly cable news allies for sympathy, receive appropriate assistance from Big Tech censors, and the social media mob will have her back. She’ll demand we all see this as a political smear.

Note: A sanitized version of this opinion piece was originally published on the American Thinker and was summarily poo-pooed by some readers because the Fox News, certified conservative blog intelligentsia hasn’t thought of it… yet.