For decades, we’ve seen the stories of legendary musicians who ended up destitute after being ripped off by their agents and music company executives who enjoy the prestige and live lavish lifestyles. Just because Prince led a successful yet temporary revolt, doesn’t mean those who live large off artists found religion. They just found new ways to keep the gravy train rolling.

Joni Mitchell announced Friday that she will join her friend Neil Young in pulling her music off of Spotify.

Mitchell, 78, said in a statement posted to her website, “I’ve decided to remove all my music from Spotify. Irresponsible people are spreading lies that are costing people their lives. I stand in solidarity with Neil Young and the global scientific and medical communities on this issue.”
— Los Angeles Times, 1/28/22

With the political tantrums being led by has-beens like Neil Young and now Joni Mitchell, depriving the public of hearing their music on Spotify, we’re being made to believe this is a moral sacrifice that will also deprive millions of music lovers of their important contributions.

For some unknown reason, several outlets are reporting a strong spike in internet searches for “Who is Neil Young?” With little information about this unknown character available, and with all memory of the man’s existence having been erased from America’s collective memory for decades, many are still being left guessing.
— Babylon Bee, 1/27/22

Let’s be real when it comes to platforms like Spotify, iTunes, Pandora, etc. They are just websites. Like Facebook, Twitter, TikTok, YouTube and the rest, they are solely dependent on the content provided by users. Without content providers, they are just empty servers. The music streaming companies make their money off monthly subscriptions (NOT per unit sales) so like the record companies of old, those running them offer artists the lure of fame, exposure, and compensating peanuts in return.

While offering podcaster Joe Rogan $100 million because he brings in coveted demographic subscribers, artists like Neil Young and Joni Mitchell really won’t be missed which is why Spotify is more than willing to say sayonara to musicians most of today’s consumers don’t know exist.

Spotify, depending on where you look, has between 150-190 million subscribers and at roughly $130 annually per, that’s some serious income to stream music and blabbermouth content they didn’t create.

So, how much will this principled oldhead musician revolt cost?

Spotify complied with the request, which ultimately came from Warner Brothers, Young’s label. Though the loss of Young’s music likely represents a small percentage of overall streams on Spotify, Young pointed out that “Spotify represents 60% of the streaming of my music to listeners around the world.” For Young and his fans, the hit was palpable, and his fans are apparently taking their frustrations out on Spotify. The hashtag #SpotifyDeleted trended on Twitter yesterday, and fans seem to have inundated customer support with so many messages that Spotify has had to take it offline at times.
— ARS Technica, 1/28/22

In the grand scheme of things, this won’t hurt either side a whole helluva lot, which is why the initial connection was made between today’s streaming services and yesterday’s record companies. Ultimately, they screw the artist. 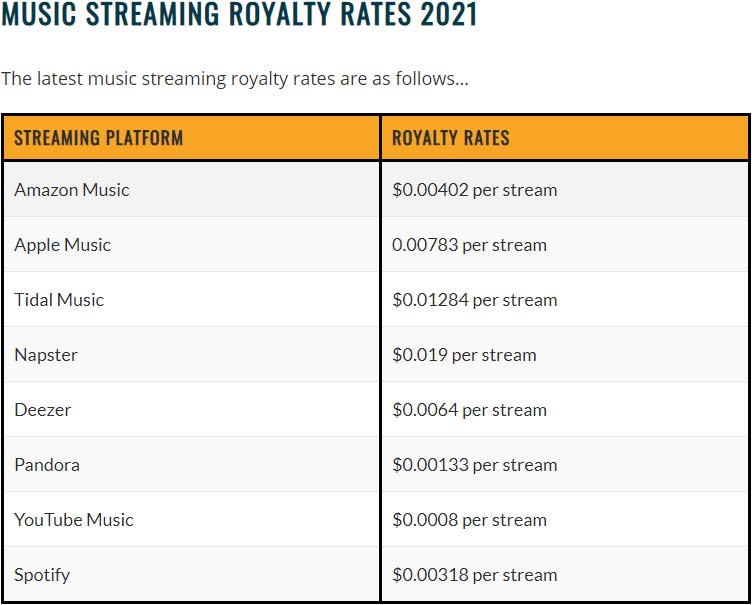 In a tweet sent late Thursday, and later pinned to the top of the official Apple Music Twitter account, Apple called its platform “the home of Neil Young.” Some Apple Music users also reported seeing Young’s albums and playlists promoted front and center in the Apple Music “browse” section with the banner “We Love Neil.”
— CNN, 1/28/22

On Friday, Young announced a special deal with Amazon Music, giving new subscribers four months free of the streamer. The move by the 76-year-old music icon comes two days after he demanded that Spotify pull his tracks off its service in protest of Spotify’s failure to curb COVID misinformation in “The Joe Rogan Experience” podcast.
— Yahoo! Entertainment, 1/28/22

So Apple and Amazon will offer Young twice the chump change Spotify paid in royalties. That’s mighty big of them. Neil had better hope those on social media who’ve just discovered him via his newfound, yet superficial relevance, don’t find out what he really thinks of them, and with all the talk of Spotify tanking because of Neil Young, it looks like they’ll survive the #CancelSpotify hissy fit by those who couldn’t tell you who Neil Young was a couple of weeks ago. 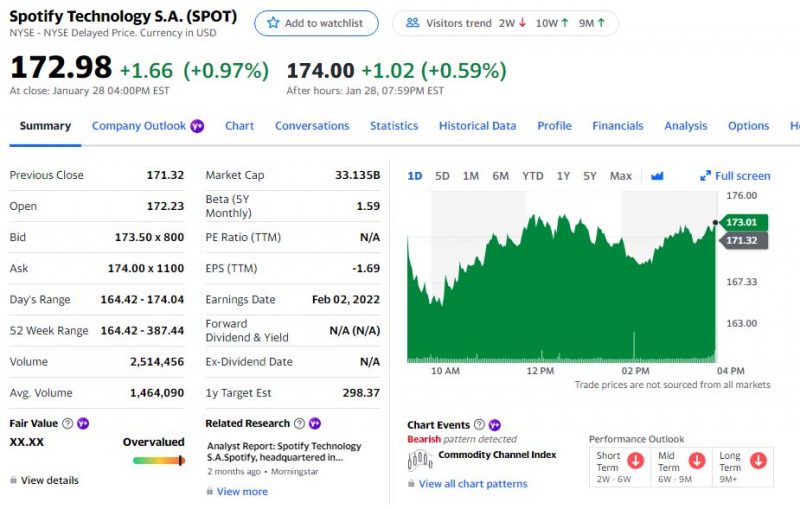 Considering Neil Young and Joni Mitchell’s songs may come up in an obscure oldies playlist, it’s not looking like they’re really taking one for the team in the name of medical clarity.

So ignore the attention-relevance-seeking bloviating from artists whose music older people haven’t intentionally opted to hear since before the ’80s. The Spotifys of the world won’t have their back because there’s really nothing for either side to lose.