Dr. Fauci Admits ‘You Use Lockdowns to Get People Vaccinated’

This now makes a lot of sense, seeing how the scantily-reported John Hopkins study showed there was virtually no reduction in mortality due to lockdowns, and it did more economic harm than good. 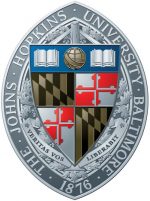 There has been a full-on media blackout of the new study outlining the ineffectiveness of lockdowns to prevent COVID deaths.

It took a little while but when the relevance-starved attention-seekers continue to get the face time they crave, they eventually say too much and spill the beans. So, what were the lockdowns REALLY all about…?

The next appropriate questions would be, just who gave Fauci and other so-called health officials the right to recommend and implement lockdowns that killed thousands of small businesses nationwide, put millions of Americans out of work, and stunted the academic growth of children when it was really all about those who may have financial interests in a vaccine that didn’t work, thus requiring subsequent ineffective boosters whose only real purpose is to line the pockets of pharmaceuticals?

These arrogant taxpayer-funded employees believed they could use force to make the “naive” take an experimental drug where no side effects were disclosed (because it’s physically too early to know what they are), and also employed a blackmail tactic making Americans have to choose between employment and risking their permanent health. The Centers for Disease Control and Prevention, National Institutes of Health and their media are doing everything possible to ignore the numerous stories of the previously healthy dropping dead shortly after taking the vaccine or booster and now the majority of those in hospitals from COVID-19 being the fully vaccinated.

Fauci’s cavalier admission should be a meme used so often that he can’t show his face in public without answering some very pertinent questions.