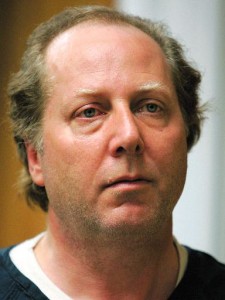 I don’t wish harm on anyone (except terrorists), but if Rick Lester Senninger isn’t careful, he’ll mess with the wrong person and be found face down in an alley. His recent victims are starting to pile up… again.

I am the latest to be scammed by this “gentleman”. I was laid off and answered one of his craigslist ads and he “hired” me. Just like a long list of others – I haven’t been paid, however, the information below lists what he’s up to now. I tried contacting the Orange County Police department – but they are less than helpful. How do we nab him? I have access (still) to several of his accounts….

If you’ve been victimized by Rick, I strongly encourage you to contact your local police authorities and tell them everything you know. Also, it’s best to write down as much as you remember right now so that you have a complete record. And keep all of your email and telephone records.

Since Rick is using the Internet again to scam people, he falls within the FBI’s purview.

FYI, last year Rick was arrested on larceny charges in Michigan. You may wish to follow up with them to get his record in Michigan: East Tawas Police Department, 810 W Westover St, East Tawas, MI 48730
(989) 362-7718‎

It’s very sad to see that this predator still operating and scamming people with impunity. The best thing to do is keep telling the authorities what he is up to. In my view, the FBI is the best bet because Rick has a tendency to travel from state to state looking for fresh victims. If the FBI had him, it would all end.