How many of you have wasted your leisure minutes doing laps with your television remote, trying to find a program worthy of your time and intelligence? Imagine being given the option of being able to choose and pay for ONLY the stations you want to watch.

Aside from sports and news channels, many channels would be in serious financial peril if their customers had “choice” but are saved by the very progressive, wealth-distributive approach to entertainment. Basically, you pay regardless of the quality or value to you of the programming. 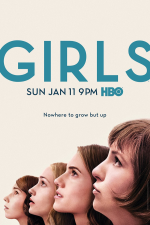 While you run those cable remote laps and click past channels you never have (nor ever will stop to watch), remember you’re still paying for it. Production companies, and some of their icky “actors” and “comics” will continue to be handsomely paid, no matter how provocative, partisan, juvenile, racist, unfunny, gory, unoriginal, and intentionally insulting they decide to be as long as We the Consumer have no choice but to pay for their cable and satellite channels, whether we watch them or not.

Imagine if we only paid for the channels we wanted?

If the average family could choose ONLY the channels they wanted, think about how many you’d actually deem worthy of paying for? Personally, we’d keep ESPN (only for NFL pregame shows, Sunday Night Baseball, and Monday Night Football), NFL Network, C-SPAN, Food Network, Fox Business, American Movie Classics, Turner Movie Classics, Home and Garden and that’s about it: a couple handfuls of channels we’d watch on a consistent basis and the rest wouldn’t be missed. 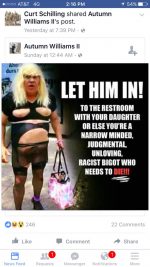 If ESPN were solely reliant on advertisers, many would hear from those who identify with Curt Schilling’s common sense assessment of the proper, traditional use of bathrooms. ESPN might have had to think twice before making such a snap judgment in firing him.

But the entertainment industry is devious and liberal, they love forcing the public to do things against their best instincts, pushing their ideology unchallenged, and best of all: getting us to pay for it whether we want to or not.

If we ever get “choice”, we will all save a lot of money and the intolerant, politically correct may pay the price for a change!