The Democrat Race Lie is one of Laura’s favorite pieces and she loves to share it with ignorant liberals on the Internet. Many people consistently come to this site via the various social media pages without even giving a thought to the time given to creation of pieces and videos, and there are also many sites out there that think nothing about cutting and pasting whole columns without attribution and siphoning off thousands of potential page views to B&R and B&B Media over the years.

Laura found a blatant example that was particularly disheartening. 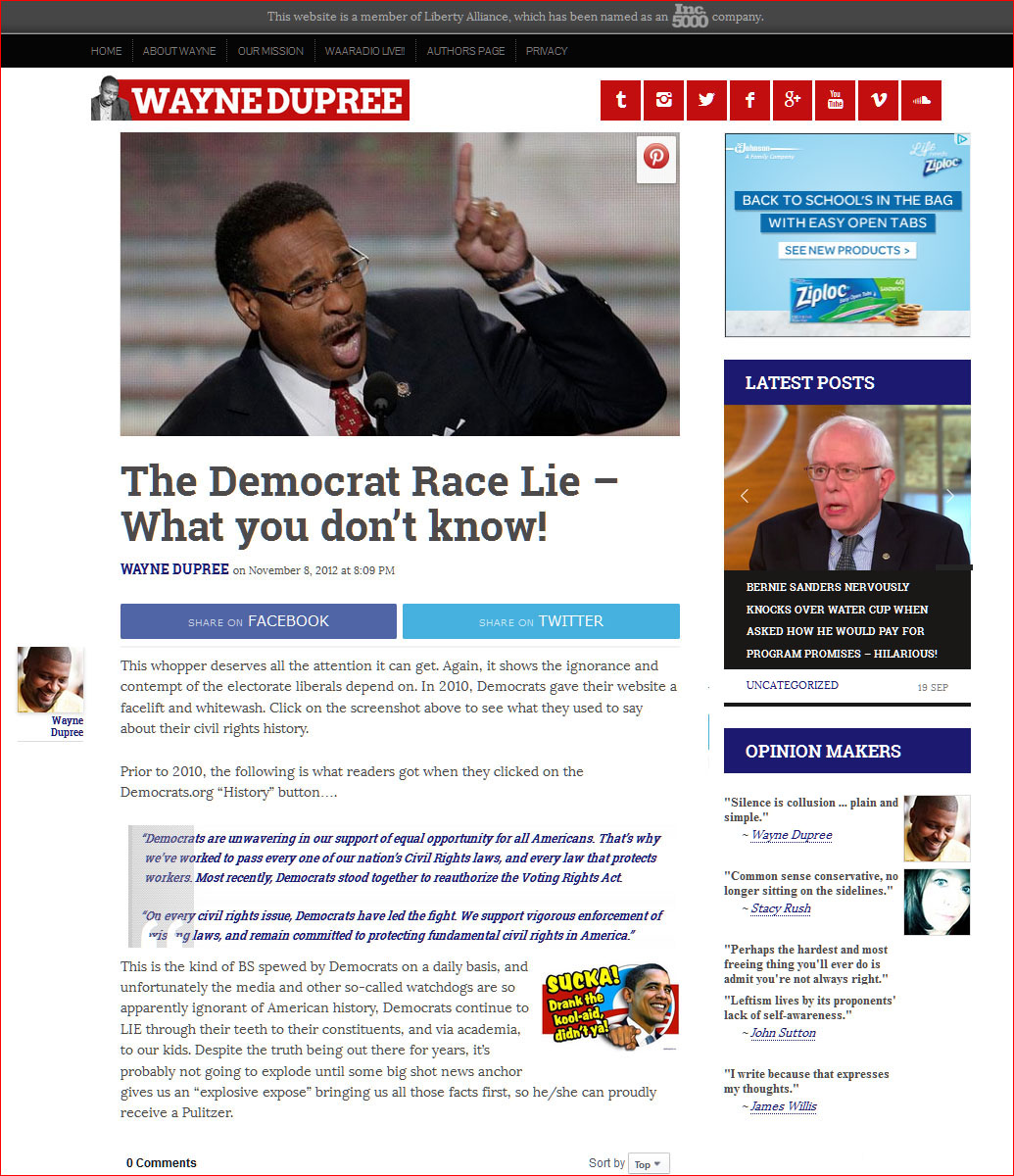 In other words, we didn’t give the intentional impression that we wrote it. Simple.

During his acceptance speech, Wayne thanked his team, friends at FTR Radio and his family for their support. He also mentioned by name one special person who helped launch his blogging efforts who he referred to as an angel. Some of us weren’t blessed with a bleeding-heart sugar mama who wanted to help a black conservative out.

It makes you naturally wonder how many other posts may have been lifted without attribution if one were to go to Dupree’s site now, and conversely considering all the different media we’ve contributed to, what we could’ve accomplished with a few nice lump sums.

There are dozens of “blogger” mediocres out there who everyday find a piece online and basically re-write and post the piece as their own; sometimes with an infuriating “BREAKING” or “EXCLUSIVE” that turns out to be hours or more old.

Based on our conservative values and experience, we not only attempt to keep you informed of what’s going on but offer our take on those issues, which apparently takes a lot more effort than many of those (who are comfortable) are willing (and/or able) to expend.

Some of us have been doing this for over a decade and have never received an award of recognition of excellence from CPAC. This isn’t sour grapes because we’re appreciative of those who appreciate our content and perspectives. If conservatives want to donate large sums of money to blacks to disprove the liberal narrative that Republicans are racist, fine.