We all know liberals have used willing black people politically for decades. However, when an Affirmative Action hire is expected to perform or actually know a little something for which he or she was hired, the results can be downright embarrassingly funny. 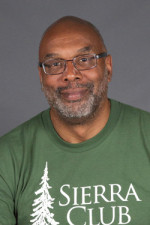 On May 16, the Sierra Club elected Aaron Mair of Schenectady, New York, as its new president. An epidemiological-spatial analyst with the New York State Department of Health, Mair brings more than three decades of environmental activism and over 25 years as a Sierra Club volunteer leader to his position as the Sierra Club’s first African American president.
— Sierra Club, 5/18/15

Bloomberg Business actually wrote the Sierra Club had to make “inclusion real“. What an indictment of the so-called tolerant left, especially within their environmental circles.

But to illustrate just how over-his-head Mair is, watch the following exchange as he’s questioned in a Senate hearing on ‘the effect of climate change on minority communities” by Ted Cruz….

We added the word “condescension” in the title because the following shows just how little liberals expect of full grown, adult, and presumably qualified black people.

Despite Cruz’s boorish and arrogant questioning, Mair maintains the Sierra Club’s straightforward position that they “concur with 97 percent of the scientists” who say that climate change is happening.

There’s clearly a black man who was inserted into the top spot of a non-profit for show, not because of his knowledge of the topics involved, but his ability to recite on cue the limited information given.

We’ve refuted the bogus 97% claim yet the president and the left on down just figures if you repeat something often enough, it will be believed, especially if that bogus recitation is all they got and no matter how bad it makes one look to try and recite it.