Friendship Place: Another Parasitic Non-Profit Living Large Off the Homeless

Granted, Washington, D.C. is across the Potomac from Virginia, but seeing how Governor Terry McAuliffe announced the end of veteran homelessness in the Commonwealth of Virginia, there really shouldn’t be that many homeless vets in the Nation’s capital… unless they’re sneaking in from Maryland.

President Barack Obama, joined by the entire first family, on Wednesday began the Thanksgiving holiday by serving dinner to the local homeless population and veterans at Friendship Place Homeless Center in Washington.

“It’s not only of the spirit of giving during this holiday season, but our national obligation to make sure all those who serve and sacrifice for our country have a place to call home,” Obama said from the Rose Garden. “My administration considers this one of our top priorities, making sure that we’re bringing about the reality of zero homelessness for our veterans.”

Obama was in charge of serving turkey and gravy to the veterans and other homeless people, while first lady Michelle Obama served up vegetables. Daughters Sasha and Malia gave out other holiday favorites including mashed potatoes, stuffing and cranberries.
— CNN, 11/25/15

Despite the president’s idea of “reality”, at the end of any charitable endeavor is another non-profit….

Friendship Place Homeless Center received a $3.1 million dollar grant from the Department of Veterans Affairs in 2015 for veteran homelessness capacity-building.

As they’ve been around for 22 years, just where do you think a grant to a top-heavy non-profit, employing around 60 people would go? Instead of going towards bloated nonprofit salaries, that $3.1 million VA “grant” could have paid the rent and utilities for modest apartments to house over 1,550 veterans for one year.

Aside from doing the math and dividing that grant money up, you might want to assess the effectiveness of any kind of successful “veteran services” run by these two…. 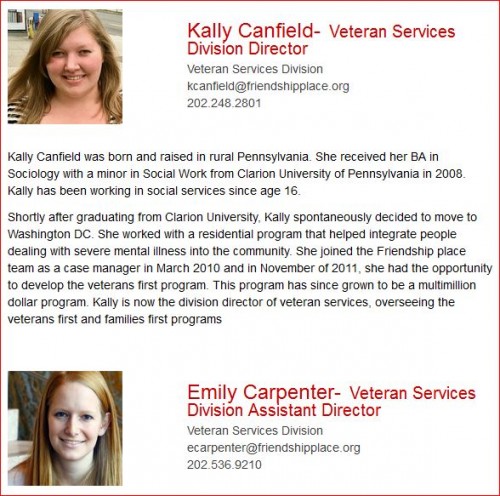 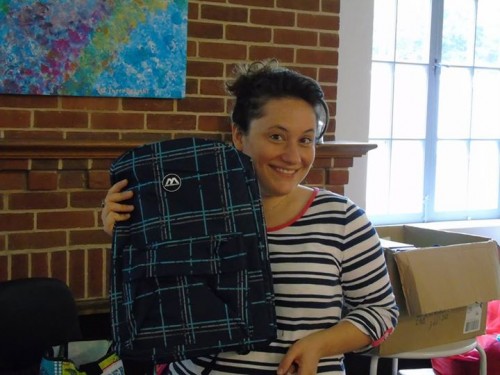 Or a “Community Engagement Manager”… seriously?

Let’s be real. No matter how altruistic the mission statements may be, these non-profits talk a good game about helping those in need, but in reality they can’t end homelessness because they’d be out of work.

And it could be argued that others are doing the real heavy lifting.

Friendship Place—supported by 26 congregations and more than 300 volunteers a year—retains the feel of a small, caring, neighborhood organization.
— Friendship Place, Mission History

Liberals sure love those volunteers because those inside those nonprofits stay fat and happy without breaking a sweat. And when it comes time to pat themselves on the back, they get the very people whom they’re supposed to be helping for their entertainment.

How fucking pathetic. If their efforts were successful, there would be no need for an Atlanta Homeward Choir.

In sad reality, it’s all about bringing the real deal to the White House to entertain the elitist snobs who’ll fundraise off these poor men, most of whom won’t see a meaningful dime of what will be raised, and when they get back to Atlanta, they’ll be sent back onto the street.

Homelessness is NOT a game. Politicians and non-profits play games with people’s lives, telling themselves and others they’re making a difference by sticking people in a shelter they’d never set foot in, let alone want to spend a night in. What would be more useful, a real place to live or towels with pretty little bows on them that make the staff feel good about themselves?

Democrats are now claiming nationwide that they’re eradicating homelessness and it appears to be a bumper-sticker slogan slowly taking root around the country, at least while a Democrat is in the White House.

Yes, more grants doled out by bureaucrats and issued to top heavy non-profits to end homelessness… functionally (whatever that means).

That being the case, we won’t see any of this next month….

What are the chances?