The left, despite evidence to the contrary, tries to portray conservatives and/or Republicans as the evil dumb but the numbers never quite seem to back them up.

2012 Flashback:
Each year, Pew conducts a survey of public knowledge, which it then dissects according to various demographic factors such as age, gender and party affiliation. In this year’s edition, Pew quizzed 1,010 adults (including 771 registered voters) between July 26 and 29 on a series of twelve questions relating to the 2012 campaign.

Republicans outscored Democrats on fully eleven of the twelve tests of knowledge.

And that was nothing really new.

As well as every young punk who shouts that online insult comment, started off by calling the Republican a “looser”.

It’s 2015, we’re closing in on another presidential election and the routine questioning of the intelligence of conservatives has begun….

Trolling comments on presidential candidates’ Facebook pages in search of grammatical errors is a task that will get Strunk and White devotees’ eyes rolling. At least the search for typos, misplaced or missing apostrophes, unnecessary capital letters and redundant exclamation points bears fruit in seconds.

We’re always a little skeptical when someone claims to make themselves a referee without knowing just who they are and what their biases (as everyone has them) are. And as far as supporters of Republican candidates using fewer words, the rampant, hysterical use of name-calling and profanity by the left could be what makes them so wordy.

But as usual, we find out Grammarly’s not all they claim they are, which coupled with their location, is a pretty good sign we’re talking about some self-righteous, angry liberals.

Grammarly doesn’t work. As the above results show, Grammarly did not catch several of our intentional grammar and spelling errors, it had nothing to say about any of our intentionally misused words, and it makes recommendations based on 19th-century grammar superstitions. This last point is especially interesting considering that Grammarly is rather laissez-faire with new words such as winningest. Elsewhere, Grammarly is inconsistent in applying its rules. And there is no way to tell Grammarly that we are American writers, so we could spell everything in the British manner and Grammarly would not question it. There’s also no way to indicate to Grammarly the level of formality of the text being checked. 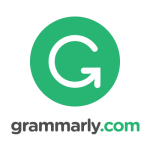 Wow, yet another progressive website that doesn’t work they way it promotes itself.

Nice try, Washington Post. This hit piece on Trump supporters won’t do much because comprehension is clearly not a documented trait of their readers.

Yes, many of us get irritated with the grammatically-challenged, but to use this as an overall, blanket condemnation of an electorate is daring stuff. Then again, when it comes to the left, arguments are easy to smack down with facts and reason, and since they went there again, let’s have at it!