Granted, we haven’t heard of CNN contributor Kayleigh McEnany but we’re in agreement that some the very physical attributes Dana Loesch used in a no-class tirade (attempting to make a conservative cred qualification) are the same she’s conveniently exploited….

Beyond having her lips overdrawn, so she could repeatedly appear on cable news as a talking head for a particular issue, this chick has not been in any sort of battle, nor has she ever been on the frontline in anything ever, so you can back up.

Baby cakes, this was more than just going on television and flashing them pearly whites and your flat chested, red dress, over-sprayed bleach blond hair while you sit and preach all this stuff about who is or isn’t a conservative?
— Dana Loesch, The Dana Show, 5/9/16

It’s clear some males in the conservative movement prefer a certain profile of so-called “conservative” public female; a profile that Ms. “Christian” Dana Loesch has appeared to have no problem exploiting for her own financial gain. As she’s proven, repeating “Jesus”, wearing a low-cut “red dress” have worked very well for her (heels, push-up bra, false eyelashes and a gun are good substitutes for “over-sprayed bleach blond hair”). Is calling a woman Loesch knew endured a double-mastectomy “flat-chested” an official conservative form of expression we’ve missed?.

Some of us are quite secure in our conservative activism (going back to the 1996 Keyes campaign) without rudely shoving it in people’s faces and delegitimizing others simply because they believe uniting for Donald Trump (and NOT voting for Hillary in protest) is the best logical conservative tactic. 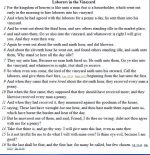 And as far as her work “in the trenches”, Loesch should recall this little passage in the Bible she conveniently clings to about those “workers in the vineyard”.

So the last shall be first, and the first last: for many be called, but few chosen.
— Matthew 20:1-16, King James Version

Dana Loesch’s classless hypocritical rant could hardly be considered anything a true conservative “Christian” woman should be proud of. Over the years we’ve met and worked with many genuine Republicans who’ve done some of the very things Loesch constantly reminds us all she’s done, and have given more of their time and personal funds without the expectation of personal fame and/or financial gain.

Then again, as we ARE talking about Dana Loesch, her response would probably be “I bet you love me now.”

She clearly has no issues with self-esteem.

FLASHBACK: Let’s not forget Dana Loesch was a very vocal #NeverTrumper who WAS DEFINING WHO IS A CONSERVATIVE…! 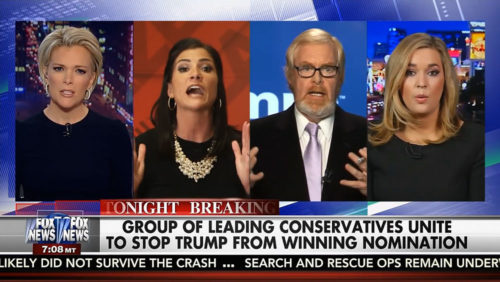 The #NeverTrump Know-it-Alls Owe Us A Sincere Apology