Donald Trump, at a news conference in New York City, being pulled (kicking and screaming) to respond to media demands on where he put millions of dollars raised for veteran charities. Of course, aside from his begrudgingly answering their questions, the media had to endure the multiple indignities of having their profession and integrity being attacked, and those attacks were directed and taken very personally.

The skin is quite thin within the media elite and it’s going to take a long time for the ego bruises to heal.

Does anyone know of ONE media outlet that’s asked if Hillary Clinton has donated one dollar to a veteran cause or is it okay for her to only be on the receiving end?

Over the years, the media has gone out-of-their-way to attack the political, financial, and personal lives of whomever they’ve wished. Most of the time, those who’ve been victims of the pressure have little recourse because of the media’s 1st Amendment privilege, and you can clearly hear the worry by some that they may actually have to be careful of what they present to the people as “news” because someone is finally pointing the finger back at them!

Trump was not “bullying” these people because they demanded answers on his vet donations. He was not “avoiding scrutiny.” He answered their questions. He’s got these 27-year-old young journalists out there, and all he was pointing out is, “Where is the scrutiny of Mrs. Clinton? Where is the same scrutiny of Democrat candidates?” That’s one of the many things that I heard in that press conference.
— Rush Limbaugh, 6/1/15

The problem is the media has arrogantly gone about their “business” for years, selectively applying scrutiny, creative and deceptive editing, repeating false narratives that Republicans had to spend valuable time and expense disproving, bias by omission, and this is no new phenomenon that just arose with the candidacy of Donald Trump.

There are websites devoted exclusively to media bias and errors, exposing partisan, false information routinely disseminated to the general public for decades. 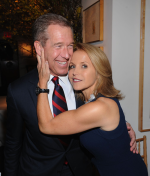 Whether we’re talking about the Friday-before-the-election 2000 Bush DUI effort, the “fake but accurate” standard set by Dan Rather, the selective editing of 911 calls, journalists running interference for their preferred candidate during debates, some rape reporting requiring less fact-checking while some rapists are vigorously defended, sometimes the media asks “where’s the money” while other times not appearing to care, and there are dozens more national examples while we have no idea of how bad the problem is on the local end. We’ve had “journalists” lie to our faces on numerous occasions and they’re STILL working, but yet they’re all so sensitive when THEIR integrity is oh-so-viciously questioned by Donald Trump.

Yeah, why is that any different? We can’t look at your past, find out how many illegitimate kids you might have had, how many DUIs you’ve got, how many women you might have had knocked up in college, we’re not allowed to find that out? “No, you’re not, I’m a journalist. My life is irrelevant. It’s not part of the story.” Well, it ought to be. You’re out there making claims on everybody else’s misbehaving. If you’re gonna set yourself up as the arbiter of propriety and morality and goodness and decency and all this stuff, let’s see how you fall into it. But they don’t want any part of it.
— Rush Limbaugh, 6/1/16

High-and-mighty “journalists” insist they’re objective: an assertion we’ve laughed at many times before because you can’t objectively report news while your objective is to “make a difference”.

Unfortunately, their biases are reflected in their reporting and Trump’s warning that they may have to get used to being called out publicly means that many in the media may have a greater incentive to help Hillary Clinton (who has yet to have a press conference in 2016) get elected so they won’t have to be subjected to such harsh disrespect.

The media can dish it but can’t take it. You think that’s a weakness Donald Trump is going to exploit as long as it’s dangling in front of him… and with a fair amount of glee?