The Ongoing Arrogance of the Cruzers

Liberals always claim the need to “educate” people who don’t do what they want and have no problem disenfranchising voters to get their way. Cruzers are clearly displaying the very same authoritarian tactics so-called conservatives bitch about constantly.

While Thompson claims Trump only earned 40% of the Republican primary votes, he did so against a field of 16 other candidates (not one or two, or even four…) which makes that victory percentage all the more impressive. 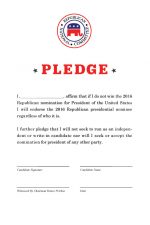 All of the candidates were asked to sign a pledge to support the eventual Republican nominee. To date, only Ben Carson and Chris Christie have honored their signatures and one would think “keeping your word” would be one of those hallowed “conservative principles”.

Thompson is claiming being bound to vote to reflect the voters’ state preference is unconstitutional. However, a popular vote was quite binding when she and other delegates ran for their seats. Conveniently, things are suddenly different now.

Hypocrites like those in the #NeverTrump column would be the first to cite “conservative principles” had Ted Cruz won the primary contest and another candidate’s supporters would attempt to do the very thing Thomson and Kendal Unruh are seeking to do now, and should they be successful and replace Trump with Ted Cruz (who is clearly their pick), they’ll be the first to demand everyone in the Republican Party rally around their choice because staying home and not voting (which they’ve promised to do if Trump is the nominee) would put Hillary in the White House and we all know who they’ll blame.

There’s a very good chance they’ll make things interesting in Cleveland and if they do wrest the nomination away from Donald Trump and hand it to Ted Cruz, let’s hope the Cruzers are ready for the very public shaming they will deservedly earn. They should NEVER seek the votes of those they’ll happily disenfranchise now as they’ll have a “conscience” as well.

“Conservative principles” will become the joke Cruzers have made it. 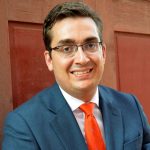 The #NeverTrumpers have apparently cleared one hurdle to creating chaos in Cleveland in pursuit of their so-called “conservative principles” that they believe should overrule the will of the people in their states.

The federal court’s ruling arrived on the heels of anti-Trump delegate Kendal Unruh’s announcement that there are enough delegates on the RNC’s Rules Committee to force the entire convention to vote on whether or not delegates should be free to vote their conscience on the first ballot in the GOP nomination.

Then again, it all depends on who you listen to because another aspect of the suit addressed a different perceived result.

Senior United States District Judge Robert E. Payne today ruled in favor of Trump campaign delegates who had argued – in line with overwhelming public opinion – that RNC delegates must follow election results and that delegates cannot be stolen at the national convention. Delegate Beau Correll, Jr., had brought the suit against the Commonwealth of Virginia hoping to reject the will of the voters, but was soundly defeated.

Specifically, the Court found that RNC Rule 16, which binds delegates based on their election results, “is in effect presently and that it controls the allocation and binding of delegates as to their voting at convention.” (p. 6) The Court held that the Plaintiff’s “expert testimony” from Erling ‘Curly’ Haugland was not credible, lacked “textual support,” (p.6) and that “delegates are bound by RNC Rule 16.” (p. 7)

Further, the Court found that by signing the “Declaration and Statement of Qualification,” RNC delegates are bound by RNC Rule 16(c)(2) (p. 10), and that this Declaration obligated Correll to vote in accordance with Republican Party rules and Virginia’s election results. (p. 46)
— Donald Trump Facebook post, 7/11/16

Curiously, neither side cites the same part of the judge’s ruling, thus the whole two-sides-to-every-story thing muddies up the works.

Either way, should these people succeed in nullifying the millions of people who voted for Donald Trump, they will be very publicly shunned.