A Trump Supporter Torched a Black Church in Mississippi. Yeah, Sure…

On Tuesday November 1st, the Hopewell Missionary Baptist Church in Greenville, Mississippi was burned and the perpetrators decided to let everyone know why….

The media was all over it as well.

As of today, there is suspiciously scant, vague coverage regarding a followup. 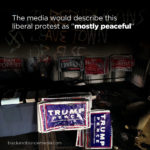 It would in good taste to imply there is a recent pattern of political firebombing as a Republican office in Hillsborough, North Carolina was torched October 15th, but aside from that, both incidents have yet to be officially resolved.

There are some things we DO know.

Democrats have routinely used the black vote to retain political power and have a poor record at keeping their campaign promises and they also have a historical record of violence as retribution and sending a message to others who may vote Republican. However in 2016, all standard political prognostications have gone out the window.

Trump At Over 30 Percent With Black Vote In North Carolina

Donald Trump has reached out for the black vote in a manner unprecedented in modern Republican presidential politics and his efforts appear to be bearing fruit. Meanwhile, Democrats who believe they own the black vote have upped their “voter intimidation” dog whistles because they know Hillary Clinton is toast without it. 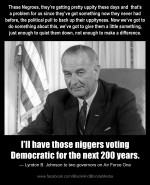 We know via a Project Veritas video, paid political violence is part of the 2016 Democrat Party/Hillary Clinton playbook, burning down a black church is so old school but as the Clinton campaign is in desperation mode, and despite President Obama’s intentional reviving of the strategic “negro dialect”, blacks are not obeying and the Hopewell church burning may just be a whippin’ to make black people get their minds right.

We’re always suspicious, given the penchant for partisan speculation, when the name and race of suspects are withheld in high profile cases. The media won’t hesitate to project when they believe the suspect is a Tea Party Republican type and hold back, out of respect for the process, when the suspect turns out to be an ethnic or religious minority.

That’s not to say the suspect isn’t a loopy Trump supporter either. It’s just that we don’t know because we have to rely on a media and Justice Department we have absolutely no reason to believe or trust.