Did CNN Deceive the Public During Chicago #antiTrump Protest?

We had media personalities sneaking debate questions to a preferred candidate. They withheld information from WikiLeaks they deemed of questionable accuracy when it damaged their preferred candidate. And now, the media is making half-assed attempts to assure us all, after their failed election manipulations, that they are going to tell the truth. 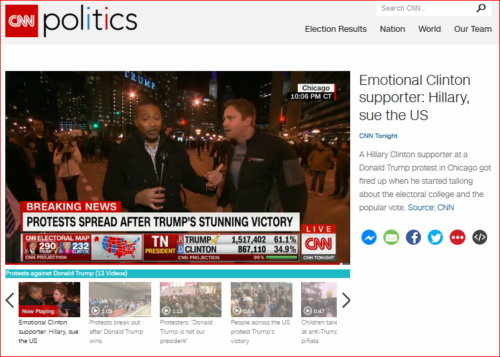 Many websites are now jumping to the conclusion that the whole “emotional Clinton supporter” video segment during a Chicago #antiTrump protest was staged.

If anything, it was a series of timely yet suspicious coincidences….

Yeah, Ryan, you know I used to live there and I know that guy. That’s John Grkovic. He actually went to Africa with me as a cameraman.
— Don Lemon, CNN Tonight, 11/9/16

It turns out CNN anchor Don Lemon knew this “emotional Hillary Clinton supporter” named John Grkovic. Don and John have indeed worked together back in their WMAQ NBC Chicago days. 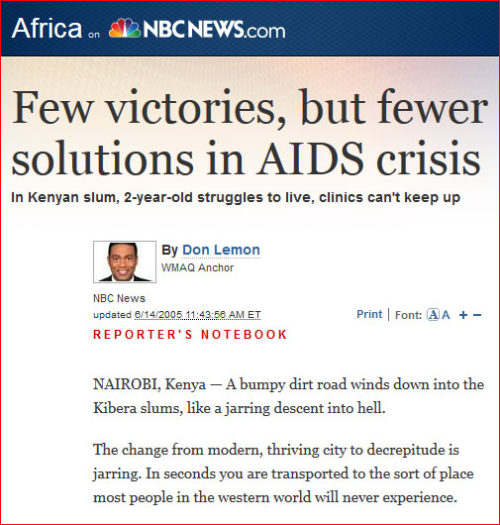 It turns out John Grkovic has also worked for CNN. 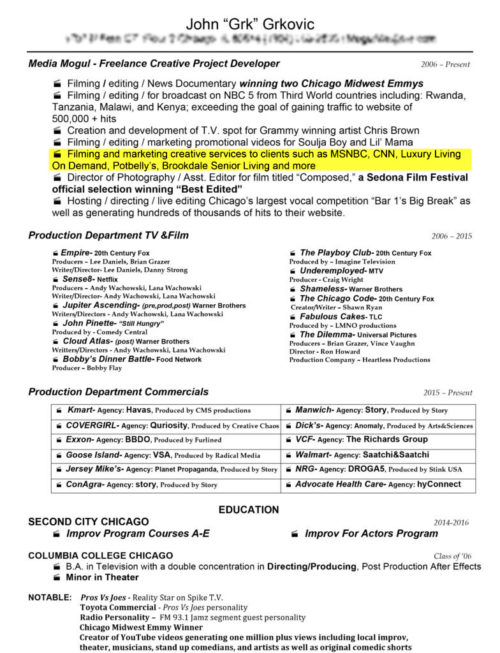 It would be premature to declare this yet another example of media deception and the media normally doesn’t admit to their shenanigans until the outcry is too great to ignore.

It could be as innocent as a CNN camera crew being out on the streets of Chicago during an #antiTrump protest and the reporter calling over a random person to speak with. It could also have been a situation where Mr. Grkovic recognized someone in the crew, said “Hi” to Don during a commercial break, and he was put on the air without his connection being revealed. You know, that matter of “disclosure” thing. Or he and CNN could have arranged this whole thing in order to get that “abolish that inconvenient Electoral College” thing out there; who knows?

But you have to admit, this is one helluva coincidence.