We must admit to having a moment of unbridled humor while watching MSNBC late Monday night.

It was the word “trust” that set us off in near howls of laughter, considering the source: Brian Williams.

As in sports, it’s hard to dump a “troubled” player with a five-year, $15 million salary so some of us obviously get more opportunities for redemption than others. Seeing how his job was to deliver accurate information to the American people, Williams will NEVER be able to do that without that justified cloud of doubt hanging over every word he utters.

As long as NBC News and MSNBC continues to employ a congenital liar like Brian Williams and the rest of the media is okay with it (because we don’t know how many of them also have “embellished” over the years), the overall honesty and/or credibility of the professional media will continue to be justifiably called into question.

BTW — It would appear NBC News is aware and concerned of the joke-status perception of their brand. The disputed segment which resulted in a “worldwide” block came from a compilation video by the New York Times posted on YouTube, but they’re okay. 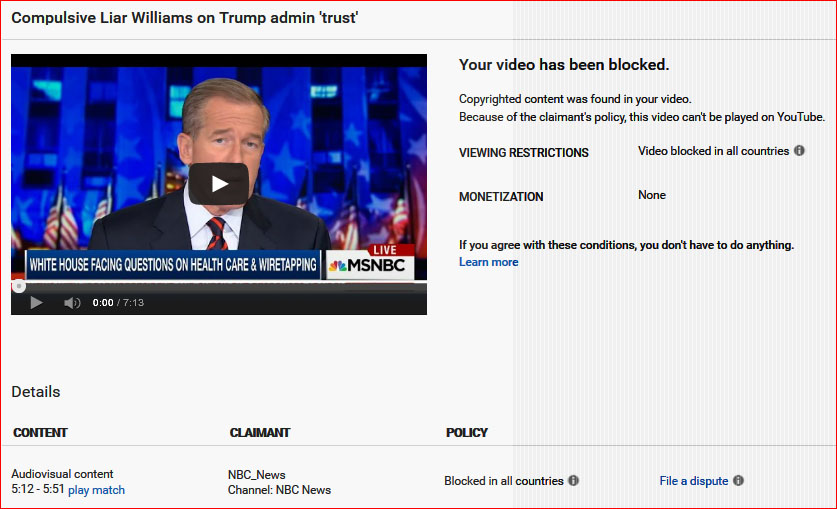 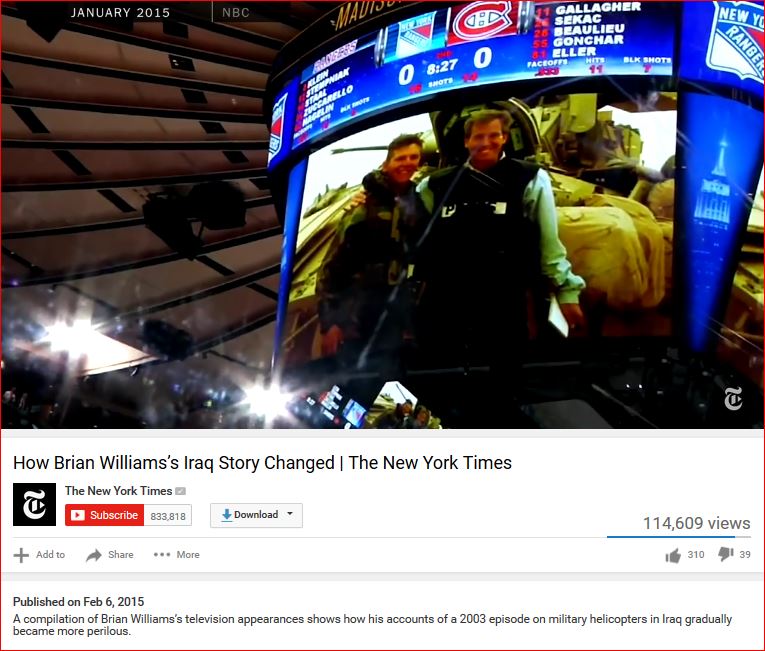