Fairness: How ‘Bout We See EVERY Elected Politician’s Tax Returns! 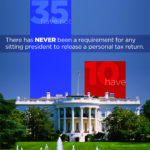 For months, the Democrat left and their media has been demanding that Donald J. Trump do what only nine out of 44 other president have voluntarily done: release their personal tax returns. Some have erroneously declared that all presidents have done such while it’s always been a voluntary act.

A bill now being considered by the New York State Legislature would require Trump’s state tax returns to be published online. Since those contain much of the same information that’s in his federal returns, we’d finally get a sense not only of how much he’s actually worth, but how much he’d potentially stand to benefit from his radical tax-slashing plans.
— New York Magazine, 5/5/17

Here’s the thing: President Trump has been in political office 108 days and has accomplished much, however there are those now serving who’ve been in office, in some cases, for decades and aside from mandatory campaign filings, are not required to release personal tax returns and it could be argued if they had, we may have had a cleaner House and Senate.

While there seems to be a lot of concern about the potential of the president to misuse his office for financial gain and tax returns may reveal the potential, there is a history of elected officials (local, state, and federal) who’ve used their office (or familial proximity to power) for personal gain and tax returns would’ve revealed some truth.

And this comes nowhere near the state and local scandals where politicians abused the public trust and enriched themselves, politically and/or monetarily. A scrutiny of their personal tax returns would have given these corrupt individuals limited safe haven and many who would consider getting into the political arena might just reconsider.

Federal employees are even worse. 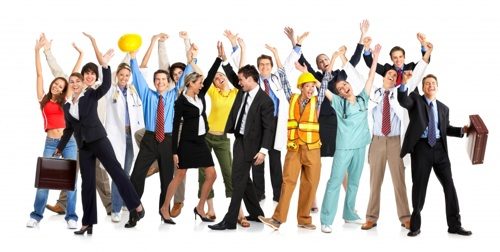 As usual, the Postal Service, with more than 600,000 workers, has the most offenders (25,640), who also owe the most — almost $270 million. Veterans Affairs has 11,659 workers owing the IRS $151 million while the Energy Department has 322 employees owing $5 million. The country’s chief law enforcement agency, the Department of Justice, has 2,069 employees who are nearly $17 million behind in taxes.
— Investors Business Daily, 1/14/09

Some of the very federal employees who are part of the anti-Trump “deep state” swamp and also demand to see the president’s returns would fail similar scrutiny because they’d have tax obligations they blew off.

Only those with something to hide would have a problem with that.