Who gives a Top Secret security clearance to someone who has limited life experience and apparently is one of those youthful, arrogant, useful idiots so full of Trump hatred that she could care less of the damage she could do to the country?

Queef
an expulsion of wind from the vulva during coitus; a vaginal fart.

Just in case you were wondering about the maturity we’re dealing with here.

A 25-year-old federal contractor is facing charges she leaked a classified National Security Agency document to a news outlet in May. 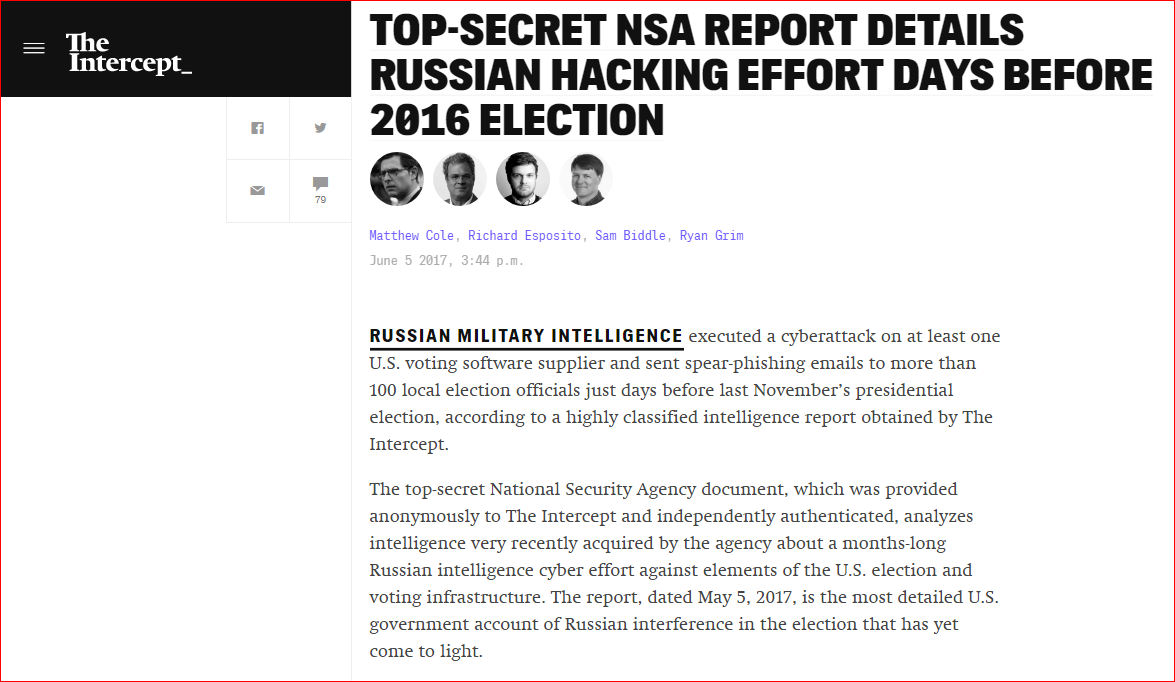 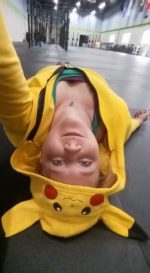 The charges against Reality Leigh Winner came about an hour after the publication of a story based on an NSA document detailing Russian attempts to hack American voting systems in 2016. Winner, of Augusta, Ga., is facing charges that she removed classified material from a government facility and mailed it to a news outlet. She was arrested on Saturday and appeared on the charge Monday.

The announcement came shortly after The Intercept published a report based on a classified intelligence document showing Russian government hackers attempted to hack more than 100 local election officials before the November election.

Winner worked for Pluribus International Corporation and was assigned to a government facility in Georgia. She’s held a top secret classified security clearance since being hired on Feb. 13. She is accused of sending the classified document to a news outlet a few days after printing it off.
— Washington Examiner, 6/5/17

Winner is clearly one of millions of millennials who are not fans of President Donald Trump…. 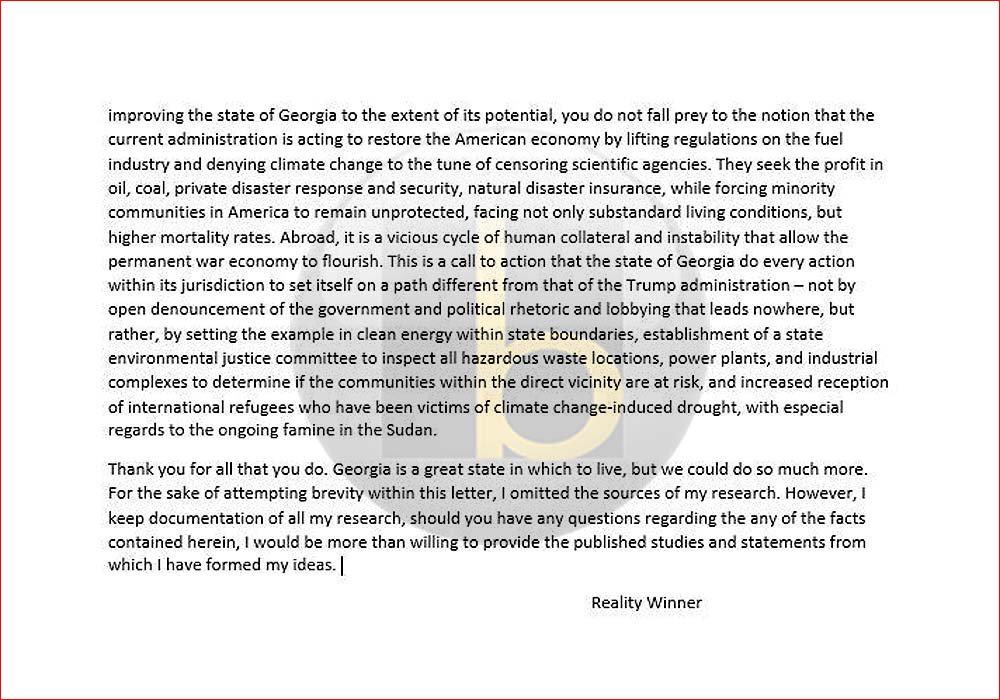 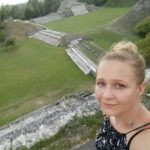 … if not pretty indifferent to her handling of Top Secret materials.

Winner was identified because she was one of six people who printed the document off of their computer. Of those six, she was the only one who had any email contact with a news outlet.

Winner is another one of those indoctrinated, butt-hurt, sore losers.

Kinda’ makes you wonder what’s going on over at The Intercept (where our old friend Glenn Greenwald is an editor) about now and Pluribus International Corporation should also be shut down and lose their federal contract if they hire security risks who fail to handle Top Secret materials competently.

It also appears some in the Winner family don’t have a clue as to the nature and handling of classified documents.

Winner’s mother Billie Winner-Davis told The Daily Beast even after the DOJ announcement that her family still was not sure why Winner had been arrested. “I don’t know what they’re alleging,” she said, asking for specifics from the DOJ’s press release. “What do you know?”

Winner-Davis said the allegations against her daughter were vague when they spoke Sunday.

“I don’t know who she might have sent it to,” she said. “[DOJ] were very vague. They said she mishandled and released documents that she shouldn’t have, but we had no idea what it pertained to or who.”

That’s why it’s a classified document. They weren’t supposed to know. Duh.

The most her daughter talked about was her pets.

“She called us yesterday night. She asked if we could help out with relocating her cat and dog,” Winner-Davis said.
— Daily Beast, 6/5/17

This, again, is the problem with materials provided by “anonymous sources” that the media so eagerly publishes. If a person wouldn’t provide Top Secret documents if he or she knew they’d get in a lot of trouble if their names where published along with the contents, then ALL parties know the exchange of these materials is a bad thing. The fact Winner leaked the info and the journalism-challenged amateurs at The Intercept published it on their blog shows the deficiency of character and professionalism of all involved.

And we weren’t attempting to be mean, calling her a narcissistic millennial but Winner meets the stereotype for the young Bernie Sanders supporter (like the Portland stabber), but we digress…. 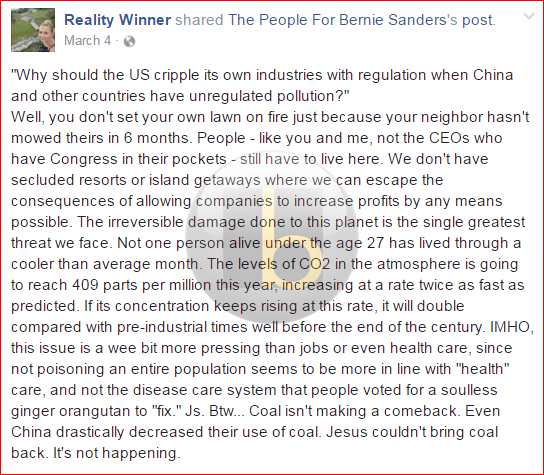 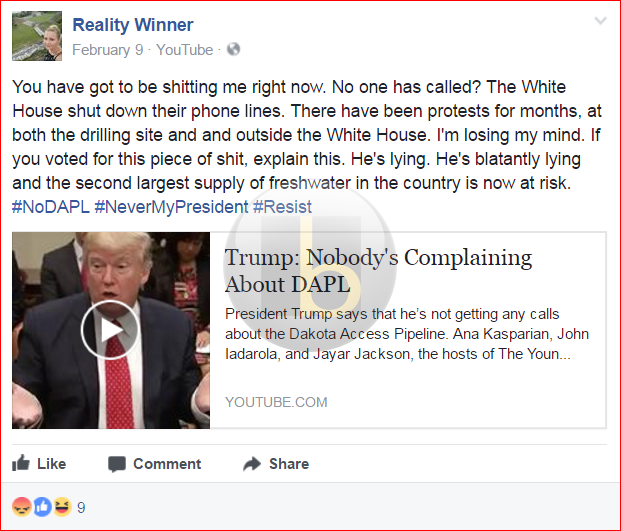 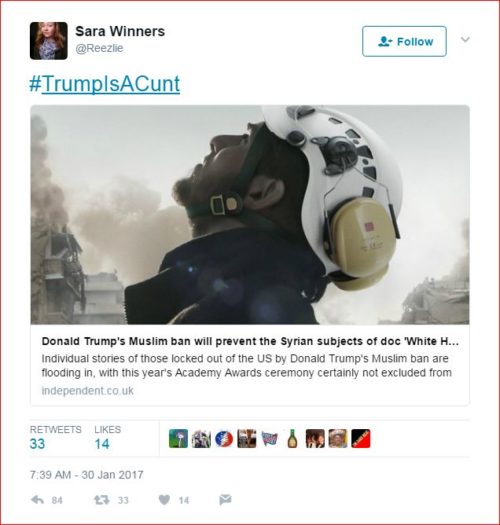 We’re not saying 25-year-olds aren’t capable of responsible handling of classified materials as it’s done everyday in the military. But we can all agree there’s a big difference between those who signed on the line for their country and know the real world ramifications of their actions and a liberal-indoctrinated millennial who believes she has the power to take down a sitting president and attempts to do so.

But as a former member of the Air Force, Winner clearly knew that she was breaking the law but the ends justify the means, right?

The Associated Press reported that Ms. Winner’s attorney, Titus Thomas Nichols, declined to confirm whether she is accused of leaking an NSA report received by The Intercept. He also declined to name the federal agency for which Ms. Winner worked.

“My client has no (criminal) history, so it’s not as if she has a pattern of having done anything like this before,” Mr. Nichols told the AP. “She is a very good person. All this craziness has happened all of a sudden.”
— Washington Times, 6/5/17

As someone who did have a Top Secret security screening, I know how deep the background check goes, at least as far as while serving in the Navy goes. But it appears that the process may be a tad lax when it comes to contractors needing to fill seats. Her social media content should have been a red flag unless the workplace climate at Pluribus was #antiTrump tolerant of the #Resistance.

Let’s hope the administration doesn’t allow the left and their media to be swayed by incoming Reality Winner tears that you know are sure to be flowing in the legal attempt to get her leniency because she’s a girl. The swamp is thick with narcissistic, little liberal ideologues who care only about what they want and could give a damn about the country.