While is this a bad thing, there may be a silver lining.

Liberal filmmaker Michael Moore on Tuesday launched a new secure website for whistleblowers to share information about the Trump administration.

TrumpiLeaks, named after WikiLeaks, aims to provide a safe space for “patriotic Americans in government, law enforcement, or the private sector with knowledge of the crimes, lies, and general misconduct committed by Donald J. Trump and his associates,” according to the website.
— Washington Free Beacon, 6/6/17

Like your average liberal college professor, Michael Moore is encouraging naive young, useful idiot #DeepState disgruntled to engage in illegal civil disobedience (and take all the personal safety and/or legal risks) while standing on the safe sidelines.

Below are several tools you can use to securely send information and documents as well as photographs, video and/or audio recordings. While no form of digital communication is 100% secure, the tools we’re using provide the most secure technology possible to protect your anonymity (and if you don’t require anonymity, you can just email me here).
— “TrumpiLeaks”

Then again, in his deranged attempt to subvert anything Trump Administration, is he putting a noose around his own fat neck? 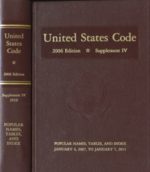 § 798. Disclosure of classified information
(a) Whoever knowingly and willfully communicates, furnishes, transmits, or otherwise makes available to an unauthorized person, or publishes, or uses in any manner prejudicial to the safety or interest of the United States or for the benefit of any foreign government to the detriment of the United States any classified information —

(3) concerning the communication intelligence activities of the United States or any foreign government;

Shall be fined under this title or imprisoned not more than ten years, or both.

While Moore won’t have his own fingerprints on the dubious acquisition of questionable information, he could be unceremoniously nabbed for having it in his possession and publishing it. And let’s not leave out what this is really all about.

This is a free, end-to-end encrypted messaging app, which allows you to communicate directly with Michael Moore. You can send text messages, images and video. It also allows you to talk securely with a reporter by calling them via the Signal app. No metadata is retained by Signal. It can be downloaded from the app store. Signal can be configured to delete messages automatically at a designated time interval.

It’ll be very interesting to see how much rope the Administration gives him to hang himself because the uber-intelligent Moore is making things quite easy.