Are all-star sports voting started with a certain boost given to certain athletes over others? No.

Nowhere in American society are Americans asked to participate in surveys or polls where a certain boost is given to one of the subjects over the other… that is, with the exception of political polls. The polling group, for routinely unexplained reasons, always asks more Democrats than Republicans and those results are not only made public, but become the basis for news stories and political narratives until the next poll comes out and this has been going on for many, many moons.

METHODOLOGY – This ABC News/Washington Post poll was conducted by landline and cellular telephone Jan. 12-15, 2017, in English and Spanish, among a random national sample of 1,005 adults. Results have a margin of sampling error of 3.5 points, including the design effect. Partisan divisions are 31-23-37 percent, Democrats-Republicans-independents.
— ABC News, Langer Research Associates

The pollsters will insist they do so because there are more Democrats than Republicans even though that can be disputed with their own ever-fluctuating numbers. 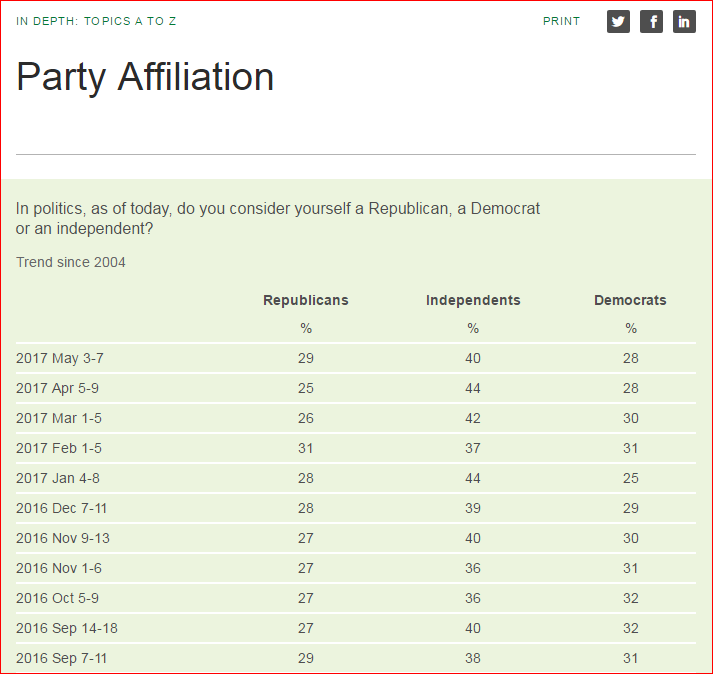 With an even number of people questioned, how easy it to manipulate a poll? It can be as easy as calling more people within a well-known blue area code and not as many from a well-known red area code. We all know how certain “groups” are also routinely used by certain liberal Democrats.

METHODOLOGY – For some surveys, it is important to ensure that there are enough members of a certain subgroup in the population so that more reliable estimates can be reported for that group. To do this, we oversample members of the subgroup by selecting more people from this group than would typically be done if everyone in the sample had an equal chance of being selected. Because the margin of sampling error is related to the size of the sample, increasing the sample size for a particular subgroup through the use of oversampling allows for estimates to be made with a smaller margin of error. A survey that includes an oversample weights the results so that members in the oversampled group are weighted to their actual proportion in the population; this allows for the overall survey results to represent both the national population and the oversampled subgroup.
— Pew Research

It’s all about inclusion, not accuracy.

After all the wall-to-wall inundation of “collusion” and “obstruction” and “Trump’s tax returns” and hourly cable news bum-rushes, you’d think the American people would be ready to throw the president under the bus.

The nation has not abandoned President Donald Trump and CNN’s latest partisan attempt to indict him in the court of public opinion took an embarrassing turn…. 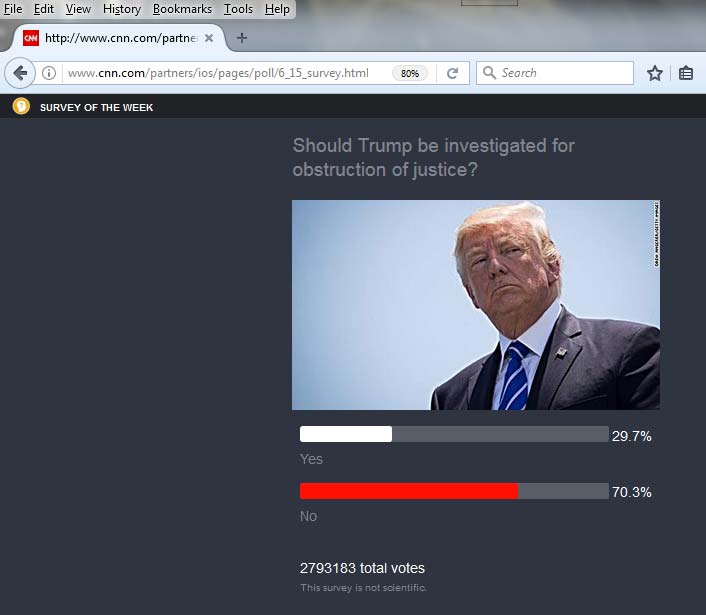 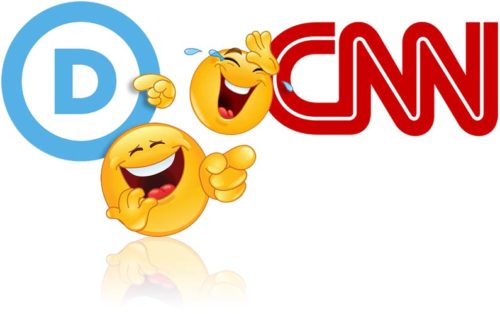 Even with the traditional, dishonest oversampling of Democrats, CNN’s June 15th poll reveals the rational part of the nation isn’t buying the media’s reliance on anonymous sources and rumors to the New York Times and Washington Post to smear the president. The rational part of the nation has long since moved on from Hillary’s election loss-lame excuse that Russian interference had any significant effect on the presidential election outcome.

The rational part of the nation is blowing off the Democrats and their whiny media altogether.

Thanks to the increasingly unhinged behavior of the left, America is being fundamentally changed.

Just ask the Democrats and CNN.