They’re held to the highest esteem of the media and the Democrat left. Their words are must-reads in the classrooms and coffee shops. The problem is their hatred of Donald Trump didn’t cost them their reputations because as long as they continue to disparage the president, they’ll still be called back to give their opinions on cable news and retain their economic “expert” standing.

The problem is many Americans listened to them and lost their shirts.

PBS Newshour: The stock market doesn’t like the idea of a Trump presidency
Dent Research: The Greatest Stock Market Collapse since the Great Depression

They tried to give it their stamp of finality. 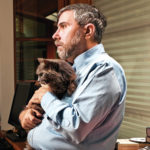 It really does now look like President Donald J. Trump, and markets are plunging. When might we expect them to recover? Frankly, I find it hard to care much, even though this is my specialty. The disaster for America and the world has so many aspects that the economic ramifications are way down my list of things to fear.

Still, I guess people want an answer: If the question is when markets will recover, a first-pass answer is never.
— Paul Krugman, New York Times

If the public gets soaked, Paul Krugman really doesn’t care.

And of course, after their predictions proved to be way off, there was no contrition and certainly no apologies to the millions of stock holders who may have lost millions of dollars heeding partisan-tainted market advice.

But as they’re too important to admit they were wrong, the liberal “economists” double-downed, still hoping to talk down the market for their desired political result.

HuffPo: Trump Setting Up Repeat Of ’29 Market Crash: Nobel-Winning Economist
CNN Money: The Trump stock market rally is under siege
CNBC: The market rally started without Trump, and could continue without him
The Hill: Yes, the stock market rally is over. But don’t blame it on Trump.
MarketWatch: Trump’s tax reform may rekindle the dying embers of the stock-market rally
Fortune: Here’s What Just Wiped More Than $80 Billion Off Wall Street’s Trump Bump
New Yorker: Trump’s Mysterious Stock Boom
US News: Donald Trump’s Stock Market Rally Is Meaningless
NY Times: Stocks Are Up 5 Percent Under Trump. So How Long Will the Rally Last?
Quartz Media: Larry Summers: The “sugar high” of the Trump stock rally won’t last

Unless there’s insider collusion, an economist is as good as a fortune teller. Their only true value to the media is putting meat on their Trump bashing. The problem is Democrats are good at losing other people’s money whether it’s the donor class throwing their money into special elections they continue to lose (despite media assurances) and the misguided who lost big chunks out of their portfolios because they took the word of self-anointed gurus.

CNN: Millions of Americans are left out of the stock market boom

A “boom” liberal economists and pundits warned would never happen. How many were in and abandoned ship because of the crash-is-imminent scenario pushed by Eichenwald, Krugman and others?

Finance expert Steve Rattner foresaw “a market crash of historic proportions” under a President Trump. Moody’s warned of a “weaker” economy. Many said 2 percent GDP growth was the best that could be hoped for.

Other doomsayers included Mark Cuban, CNBC’s Andrew Ross Sorkin and firms such as Bridgewater Associates and Macroeconomic Advisers. (A less-dishonorable mention goes to Nobel-winning economist Paul Krugman, who at least walked back his doomsaying about “a global recession, with no end in sight,” soon after election night.)

In fact, the Dow has climbed more than 25 percent since Hillary Clinton conceded. And the first two full quarters of Trump’s term both saw growth of 3 percent or more. Oops.
— New York Post, 11/11/17 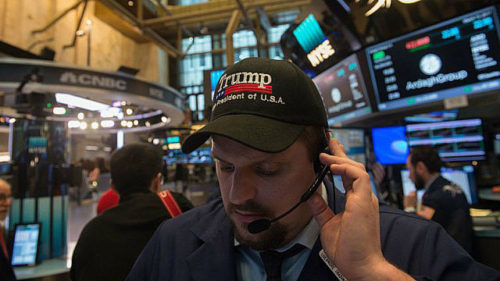 Makes you wonder how many of these liberal “economists” said one thing publicly and did something else privately.