Today is President Trump’s birthday. Any coincidence the left would screw this day up for him and others?

House Majority Whip Steve Scalise of Louisiana was shot Wednesday at a congressional baseball practice in Alexandria, Virginia, officials said. His wounds were not believed to be life-threatening. Alexandria police said a suspect in the shooting was in custody.

CBS News has learned that Scalise was shot in the hip. At least three others were also shot, including the gunman and two Capitol Police officers. President Trump said on Twitter that Scalise “was badly injured but will fully recover.”
— CBS News, 6/14/17

The media is going on and on about how prayers should be issued for the Congressmen, their staffers, the security detail, how unfortunate the political discourse is and how sad a day in America this is.

The man was wearing running clothes, asked Duncan: “Are those Republicans or Democrats out there practicing?” Per source familiar.
— CNN Tweet, 6/14/17

This morning’s shooting was predictable, it’s all on the #resistance climate elected Democrats created and I wouldn’t be surprised just how many liberal activists are happy this happened, laments that the shooter was a bad shot, and are hoping for greater accuracy in the future.

Approximately a year ago, the Democrats rigged their primary election so Bernie Sanders would be pushed aside in favor of Hillary Clinton. That made many Democrats very angry, and as has become the pattern going back to their violent infiltration of Trump rallies up to the incident in Portland, this morning’s shooter is a Bernie supporter. 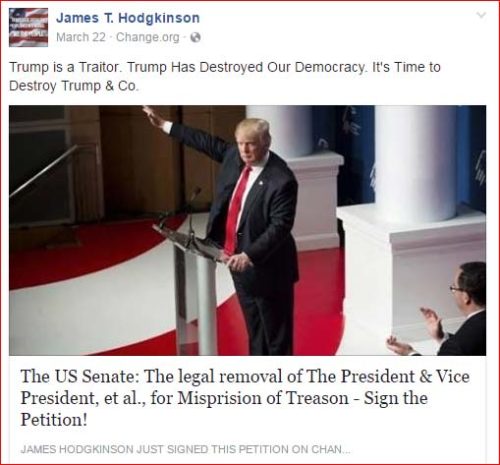 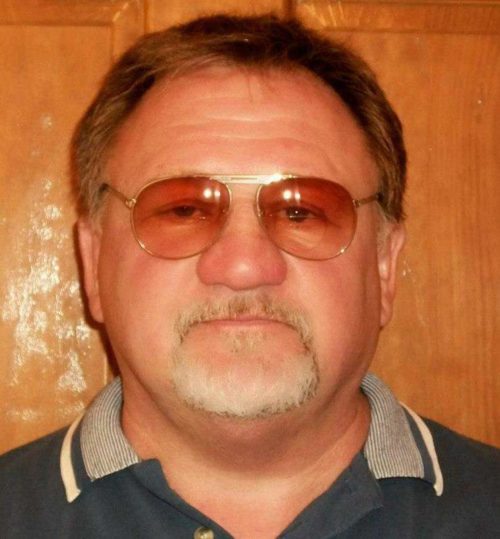 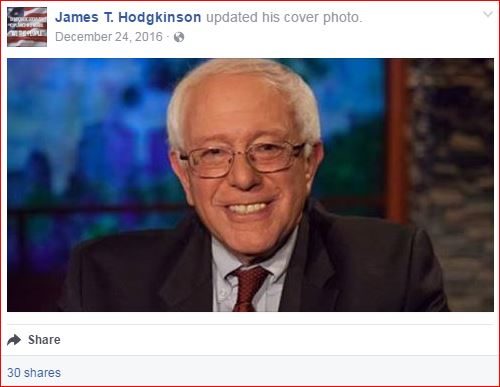 that tendency towards documented violence; violence they readily justify. 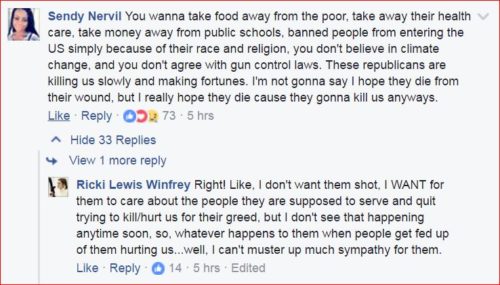 Last November, after months of being assured by a constant partisan news/entertainment collective onslaught that Hillary would win the presidency, why she didn’t really lose, all the excuses why she did, all that “Russian collusion”, killing people by not saving the intentionally-flawed Obamacare, the now-antiquated Electoral College, Donald Trump’s tax returns, all that made many Democrats very angry.

One of my favorite TV shows is “The Rachel Maddow Show” on MSNBC.
— Hodgkinson letter, 7/29/12

In a very secretive meeting, George Soros rounded up high-ranking Democrats and met in a D.C. hotel for a conference on how to #Resist President Trump and his agenda; an agenda millions of Americans voted for which made many Democrats very angry.

George Soros and other rich liberals who spent tens of millions of dollars trying to elect Hillary Clinton are gathering in Washington for a three-day, closed door meeting to retool the big-money left to fight back against Donald Trump.

The conference, which kicked off Sunday night at Washington’s pricey Mandarin Oriental hotel, is sponsored by the influential Democracy Alliance donor club, and will include appearances by leaders of most leading unions and liberal groups, as well as darlings of the left such as House Democratic leader Nancy Pelosi, Sen. Elizabeth Warren and Congressional Progressive Caucus co-chairman Keith Ellison, according to an agenda and other documents obtained by POLITICO.
— Politico, 11/14/17

Entrenched federal employees went underground and actively planned to #resist the president’s (thus the American people’s) agenda, formed a nationwide network called #Indivisible which succeeded in turning out thousands of Democrats to go to Republican House and Senate members’ town hall meetings and disrupt them because they didn’t like Republican proposals that made many Democrats very angry. Yes, the Tea Party did the same thing but there was no expectation of possible violence like there is today whenever the left gathers en masse. 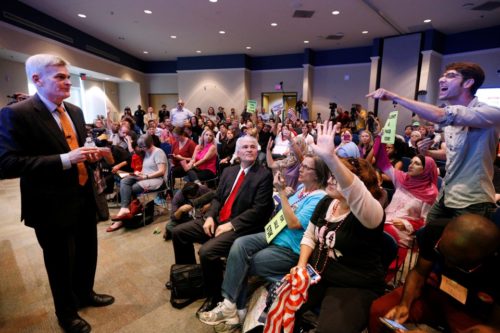 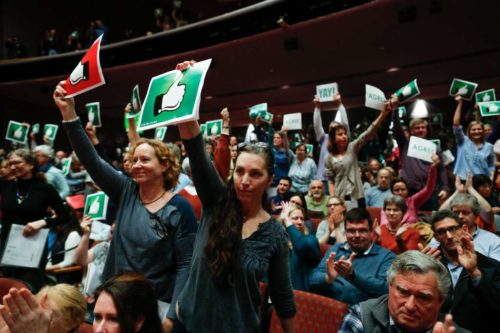 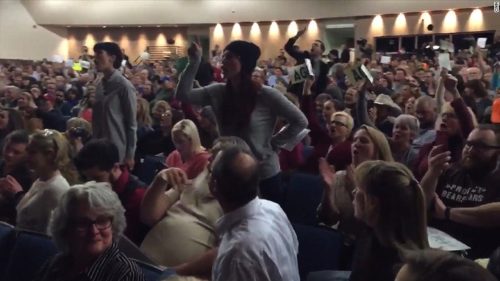 As former but prominent “leaders” of the party, neither Barack Obama, Hillary Clinton, nor Bernie Sanders told their black-masked mobs committing acts of vandalism, stopping traffic, and violently attacking Trump supporters in the streets to stop. The Democrats lost the presidential election and every special election since and that made many Democrats very angry.

President Obama is heartened by the level of engagement taking place in communities around the country. In his final official speech as President, he spoke about the important role of citizen and how all Americans have a responsibility to be the guardians of our democracy — not just during an election but every day.

Citizens exercising their Constitutional right to assemble, organize and have their voices heard by their elected officials is exactly what we expect to see when American values are at stake.

With regard to comparisons to President Obama’s foreign policy decisions, as we’ve heard before, the President fundamentally disagrees with the notion of discriminating against individuals because of their faith or religion.
— Former president Barack Obama, statement, 1/20/17

When Barack Obama won his presidential elections, the left took to the streets in a Third World-like frenzy. No Republicans got in their face in street opposition to rain on their parade. Democrats had their victory, the media echoed their joy, and they were allowed to enjoy their day if not openly gloat.

Republicans were not allowed to enjoy their election victory.

From the moment Donald Trump was declared President of the United States, there has been nothing but a constant onslaught of Democrat and their media’s talking points about “Russian collusion”, “obstruction of justice”, “impeachment”, and anything they can say or do to delegitimize the Republican victory and we wonder why it’s come to a shooting aimed directly at Republicans and these same Democrats and their media are now telling us all to take a step back and check the partisan air?

A couple of days ago, I told Laura that I saw this getting violent. I predicted that there could be a violent clash between Democrats and Republicans because the left believes they can do anything they want to reach that “by any means necessary” goal: impeach and replace Donald Trump with a Democrat, then go after Vice President Pence and so damage the Republican brand that even Hillary could win in 2020.

Until then, ramp it up.

Virginia governor Terry McAuliffe was one of the first to officially politicize the shooting, saying “93 million” people are killed in the United States every year by guns. This is the same Terry McAuliffe who still shamelessly and falsely declares, to this day, Virginia the “first state to functionally end veteran homelessness”.

Like cowardly college professors who propagandize their captive students and incite them to take to the streets (while they stay safely behind in their campus-provided housing), Democrat politicians on Capitol Hill have been actively inciting their base to do anything to destroy the duly-elected President Trump, his family, his cabinet, and his support base. 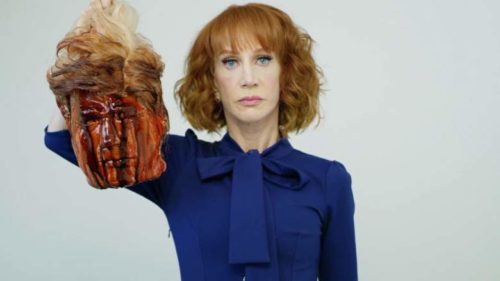 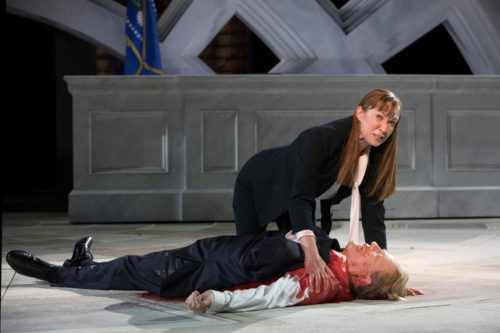 Today’s shooting is a natural progression of all they’ve done since November 9, 2016 and no one with any credibility should let the Democrats off the hook. When they repeatedly told us “elections have consequences” after they won, we now know exactly what that means when they lose.