What Happened? A Small Town in Massachusetts Goes to Pot

In 2003, I fled Los Angeles with my sons and moved back to my home state of Massachusetts. We settled in a small town, roughly 80 miles west of Greater Boston, where my boys could safely do something they couldn’t on the left coast: go out and play.

It is a very scenic town and as I worked at a local television station, came to know many of the town’s people. They were, in most cases, very decent people with community values. But the longer we lived there, a need was very apparent: good paying jobs.

So instead of sitting back and complaining, I decided to run for State Representative. As a potential Republican on a 85% Democrat Beacon Hill, I knew from the beginning I’d be allowed very little (if any) influence on legislation for the state, so the campaign was focused.

It was purely economic development, not a personal career move and only sought one term to try and do the following:

— Submit an application for Empowerment Zone status for the district that would have given any new business that moved into the area tax breaks and incentives, and offering the same for existing businesses that could expand and hire new employees. I had an in with the federal government to make sure our application would be reviewed before the program was sunsetted as promised by a potential Obama administration.

— Would meet with the six towns in the 2nd Franklin District, ask them what kind of high-paying jobs they would like (computer research and development, pharmaceuticals, medical clinics, etc.).

— Would then use the power of the office to make appointments with CEOs of the high tech businesses in and around Route 128 encircling Boston, ask them to come out to our area for a drive and see if there was a piece of land they might find conducive to either fleeing their high-tax area or maybe set up a smaller satellite of their business.

You can view the campaign infomercial at your leisure.

It was an insult to many of us that Boston took our taxes and seemingly only used us for campaign propaganda. While their politicians bragged about “getting rid” of sex offenders that imperiled their children, our towns became the dumping ground for their sex offenders imperiling ours. The incumbent I ran against did virtually nothing to slow the import of these individuals into our bedroom community and I warned voters that he was only seeking one more term so he could be eligible for a pension and then would run for county sheriff, of which he at the time denied.

After serving the term as state rep, he was elected Franklin County sheriff in 2010 where he is to this day. And don’t get us started on the lame representation the district has received from 2008 to today with a self-server who recently changed her party registration from Republican to “unenrolled” to put “people over party”.

I left Massachusetts for a job in Virginia in 2009 but return to that small town as frequently as possible (for among other things) to see old friends, breathe clean air and consume correctly-prepared shrimp and lobster sauce at our go-to eatery. What’s sad is every time we return, the lack of economic development is still glaring, so you can imagine my disappointment when I recently read the following….

Athol looks to marijuana cultivation to create jobs in old mill
ATHOL – The town is negotiating an agreement for marijuana growing at a sprawling mill that has been mostly vacant for decades, and it could bring 500 jobs to town.

During an Oct. 17 meeting, selectmen voted 4-1 for the letter of non-opposition to the cultivation, manufacturing and extraction facility. The move opened the doors for nonprofit Herbology Group Inc., which holds the provisional license, and developer Sea Hunter Therapeutics to move to the next step.

Frank A. Perullo, spokesman for Herbology, said the companies were attracted to the building in Athol because it is zoned appropriately and the town has set parcels of land for indoor cultivation.

“Once we find a site that is zoned appropriately that meets state buffer requirements, like (away from) common areas where children congregate and the requirement of the town buffer, we are interested,” Mr. Perullo said. “This site is perfect. It is secure, surrounded by a river and railroad, and there is only one entrance. Athol is the only property right now in our sights. We love the property. It is the way to go.”

However, Selectman Rebecca Bialecki, the only board member who voted against the letter of non-opposition, said she is not a supporter of recreational marijuana. She said although it is a legalized industry in Massachusetts, she has many concerns about drug use and abuse in Athol.

“It is a drug, legal or not, and any substance which can alter someone’s mood or impair judgement can be problematic,” Ms. Bialecki said. “We are struggling with an addiction epidemic in our state. I don’t see this as an industry that is one to build our future on.”
— Worcester Telegram, 11/5/17

This a clear illustration of the contrast in philosophy between liberals and conservatives, Democrats and Republicans.

In swoops this nonprofit Herbology Group, Inc. with the assistance of a predator ‘disruptive’ lobbyist from diversity-challenged The Novus Group to sidestep the people and go for a resistance-squashing “letter of non-opposition” and all that implies in pushing for this and other medical marijuana facilities in economically-challenged areas of the Commonwealth.

Novus assists clients in building consensus amongst elected officials and grasstop leaders. We serve as the eyes and ears of the developer both in City Hall and within the community.
— Novus Group “services”

Instead of bringing in jobs that pay well and challenge the mind, high-aiming liberal Democrats dangle 300 or so $15-per-hour jobs that dull them. In this case by a nonprofit (you know how we feel about most nonprofits) and Herbology’s business plan projection is not very ambitious. 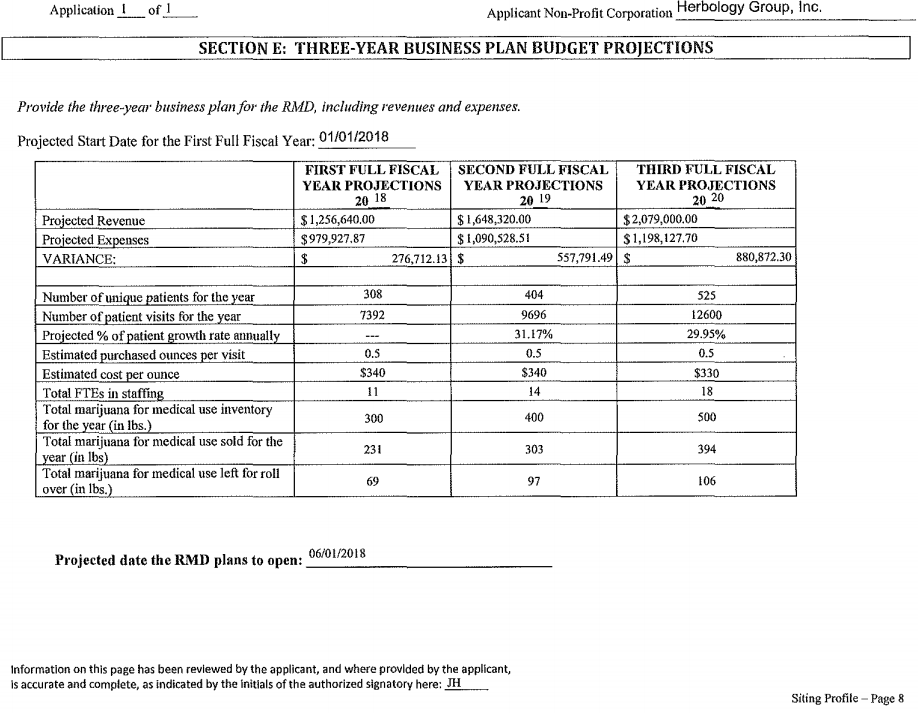 While all the “buffer” assurances are in place, it would defy common sense that free samples wouldn’t leave the building and infect an already drug-infested area; not to the extent of major metropolitan cities but if you already have a crystal methamphetamine problem, why would you want to open a pot factory as the potential second major employer in your small town?

Did the Athol Selectboard really think this through or was it all about low-paying “jobs” and increased property taxes with little regard to documented ramifications?

Makes one wonder what the outcome of the Athol Selectboard would have been had they known they were the target of “disruptive lobbying” by a group of rabid millennials fresh out of college who could care less about the quaint communities they ultimately harm.

As Castle Rock will make neighboring Orange look uncharacteristically twisted, the towns and people of the North Quabbin area of North Central Massachusetts will always be one of our homes away from home. It’s just sad that there’s little in the way of real forward thinking by those supposedly in leadership positions that could really do good… if they really wanted to.

Yet another example of the soft bigotry of low expectations is What Happened and it couldn’t have happened to a nicer small town.