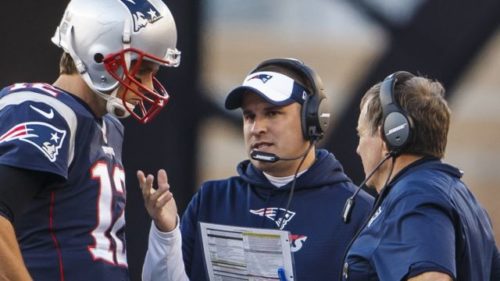 Imagine the bond formed between coach and player, from mid-May Organized Team Activities workouts through a playoff run into the following January. Then, you hear that coach is being approached by another team.

Teams can interview any assistant coaches from other teams who are not in the playoffs. They must, however, request permission if a coach is under contract with another team. Teams are also allowed to interview assistant coaches who have a first-round bye in the playoffs. However, the interview must take place that week. Candidates can choose to decline the interview to focus on preparing their current team for the postseason.

No initial interviews can be requested or granted for candidates whose teams are still in the playoffs after the divisional round, i.e. anyone from the four teams vying for a conference championship.
— SB Nation, 1/10/17

Sad how the NFL’s so-called “anti-tampering policy” is respected more on the college coaching level than on it’s own, especially during what’s arguably the most important part of the season.

This is an unnecessary distraction inflicted by losing franchises on teams that should be preparing for the well-earned chance at the Super Bowl. This unfortunately happens and repeatedly every season as the teams contacting these coaches aren’t affected because they weren’t good enough to get past December.

The Patriots lost Super Bowl XXXI to the Packers after it was announced, the week prior, that their head coach would be leaving to coach the Jets. Could this have also affected the Vikings who got humiliated in the NFC Championship?

That was then; this is now….

And can a coach effectively concentrate on two teams at the same time, one of his teams now in the Super Bowl? 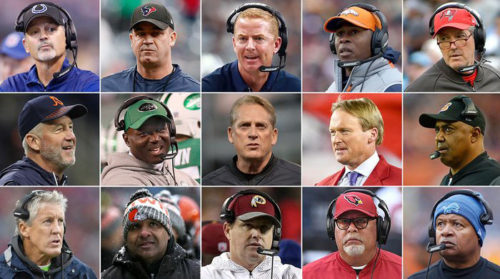 At the end of every National Football League, “Black Monday” is the prelude to the sabotage of those teams that were competent enough to make it to the playoffs. With nothing to lose, owners and team general managers begin that search for someone, anyone, to take their teams from perennial losers to playoff hunters. But by doing so, they’re interfering with the chemistry of a team now trying to concentrate on winning a Super Bowl and the losers could care less.

If a team can endure a 17-week season of mediocrity or worse, it can wait another five weeks until the best teams play towards that big game undisturbed by losers.

It didn’t take more than a few hours after the official end of the 2018 regular season for the interference to begin anew.

Again, teams that couldn’t complete the mission disrupting those in the current process of winning.