The Tyranny of the Uncivil, Social Media Anonymous Cowards

There was a time in this country, a hundred and fifty or so years ago, when you’d be called out for saying something negative to someone else. Negative comments or actions were resolved by duels in the streets that resulted in maiming, if not death, and bullies ruled until it was universally decided there were better ways to resolve petty conflicts.

Nations are run by those who initially portray themselves as the more level-headed amongst us, yet wars are initiated by the very “educated” elites who never have to pick up a weapon themselves and their words lead to consequences that have profound ramifications for those they call the “collateral”. But for the most part, prior to the public accessibility to the Internet in the very early 2000’s, people wouldn’t say to others what they wouldn’t say to their face.

People could create an account, create a fictitious name, an avatar that was whatever physical representation that person wanted, and they can now add to the public debate in any fashion they wish; for the positive or negative. The effects vary between a classmate hounded by hundreds to businesses that have to alter their business models because of a real or false misstep, ramped up by a social media campaign of thousands of people; many who hide behind anonymity and some who may not even exist.

Some people fool the public into making us believe they’re more relevant than they really are. 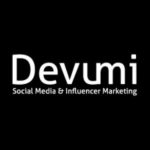 Famous people on social media—actors, models, athletes, influencers—like to brag about the size of their follower count. But a New York Times investigation published Saturday found that a number of those celebrities buy at least a portion of their social media followers. At the center of the investigation was Devumi, a company that allegedly sells what the Times calls “amplification bots,” which follow the accounts of paying customers and are programmed to like and retweet their missives. The company also claims it can help its customers get more views on YouTube videos, more listens on SoundCloud and more endorsements on LinkedIn.
— Newsweek, 1/29/18

Today, we’ll have an incident and a participant can almost instantly become the center of the news cycle based purely on the amount of times his or her social media “message” is repeated. We’d like to believe the sharing is organic, but we also know numbers can be rigged to the benefit of a cause, even to crowd-funding financial benefit.

Unfortunately, the toothpaste can’t be put back into the tube and at the onset of the use of social media, anyone who signed up for an account had to display their actual name and portrait (preferably no more than a couple years old). As many of us would never approach someone bigger, get in their face and let loose with personal, unrestrained expletives, the anonymity of social media has provided cover for cowards those who have little respect for the feelings of others, bolstered by the possible false impression that those sentiments are shared by thousands, if not more.

Men normally don’t say things to another man’s face they can’t back up physically. However, women enjoy the luxury of that time-honored privilege of not having to face the physical ramifications of their outbursts. Social media has enabled members of the public to attack others at will from hundreds of miles away and force a subject to alter positions. Sometimes a subject willingly succumbs, may lose a job, a livelihood or business, have to find a new place to live, all because someone who was too chicken shit to use their own name was able to arouse the public and have it repeated by a so-called media that lazily refers to social media as a source of daily content.

While our news would be more uniform if those who disseminated it (on all levels) had to do so under oath under penalty of perjury, imagine a social media platform where those who participated had to show their real names and faces, thus were personally accountable for their posts.

It would be a very different world, indeed.