Will #NationalSchoolWalkout Be Held Responsible For 11-Year-Old’s Death?

They were supposed to be in school where their

health and safety was the responsibility of educators and administrators.

But alas, activists were given more importance and thousands of students were encouraged to leave their campuses on April 20th to march for more gun control.

Police say 11-year-old Jonathan Benko was taking part in Parkland Middle School’s organized walkout when he and a group of students left the designated walkout area. Police say around 10:30 Friday morning, the group crossed Loop 375 then attempted to cross it again. Benko was the last in the group to cross and was struck by a Ford F150.

Benko sustained serious injuries and was taken to UMC where he died.
— KVIA, El Paso 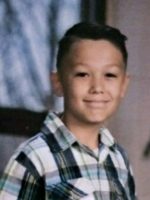 The results were inevitable and at least one middle school student didn’t go home that afternoon.

Johnathan’s uncle, Michael Benko, said Wednesday that the family is struggling with the tragedy. He questioned the district’s actions.

“We are aggrieved to know the school refuses to take any responsibility in protecting an 11-year-old child in a walkout that they sanctioned,” Benko said.
— El Paso Times, 4/25/18

Needless to say, Jonathan Benko would be alive today had he been in school where he belonged and not enticed into participating in an obvious Democrat Party voter registration drive for the November midterm elections.

Jonathan, who was 11 years old, was hit by a Ford F-150, which was traveling north on Loop 375 at 10:27 a.m., police and school district officials said. Ysleta Independent School District Superintendent Xavier De La Torre said the boy was with a group of about 12 to 15 students who used the National School Walkout as a way to leave Parkland Middle to go to a park.
— El Paso Times, 4/20/18

It’s an example of how little the left thinks of children and disregarding the obvious: the chances of young “walkout” participants being at physical risk, basically unsupervised on the streets, was very high and the young person being injured or worse was an inevitability.

Students and parents at Parkland Middle School were shocked and devastated when they heard about a student being struck and killed while trying to cross Loop 375.

District officials had anticipated the walkout and tried to be proactive allowing the kids to walk out and assemble on the football field. Administration added extra staff to cover the event and security stood by at the front and back of the school but a group of 12 to 15 kids left the campus.

Some parents feel the district should look into changing policies when it comes to events like the walkout.

“Life is precious. Some people’s life just get cut short. We have to live like this is going to be our last day on Earth,” seventh grader Emerson Garcia said.
— KVIA, El Paso

A devastatingly cavalier view of human life by a seventh grader and the adults danced around the truth in that effort to absolve themselves of liability.

“I know the family is going through a lot and I don’t want to be indelicate, (but) that’s the distortion of the truth,” De La Torre said. “The district and the school did not endorse, sponsor or promote the walkout.”

Parkland Middle School had set up a designated gathering spot on the football field for students who planned to walkout to keep them from leaving campus, De La Torre said.
— El Paso Times, 4/25/18

Jonathan Benko is probably considered a mere casualty of a cause greater than him.

Tell that to his family.