Now the “educated” have found yet another medical excuse for those who didn’t get their way in 2016.

“Trump Anxiety Disorder” is a term originally coined by clinical psychologist Jennifer Panning Psy.D., who co-edited a book by psychiatrists from Harvard Medical School and the Yale School of Medicine, listing the signs and characteristics of the new phenomenon. Separate from a generalized anxiety disorder, this term pinpoints the particular symptoms “specific to the election of Trump and the resultant unpredictable sociopolitical climate.” These include feelings of loss of control and helplessness, and even excessive time spent on on social media.
— Thrive Global, 7/30/18

One of the latest incidents of liberal intolerance and 2016 election sore-loser syndrome, incited by the liberal media and Democrats, comes from the coast of Massachusetts. 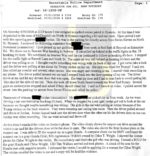 Chloe Wright, 25, also faces charges of vandalizing property and leaving the scene of property damage. She was released on $1,250 bail and was ordered to stay away from the victim.
— Cape Cod Times, 7/31/18

Sorry, but had this been the other way around (SO tired of saying that) and a male Trump supporter had so attacked a liberal female, there would have been tears and the man would probably be up on attempted murder charges aggressively sought by your typical, overzealous Bay State Democrat state prosecutor.

Laura and I were in the Boston area last year and I drove across the river to show her the places I grew up in Cambridge. We also had a Trump sticker magnet on the rear of our vehicle which kinda’ makes us fair game.

But we should be honest about what they’ve done. They can and should be held to account for not being bothered enough by Trump’s intolerance and cruelty. But what’s even less helpful is failing to be fully honest about what Trump’s election tells us about the 62 million people who voted for him.
— Don’t give Trump voters a pass, Boston Globe, 2/12/17

We had an “incident” with a paranoid liberal who literally became unglued once he saw the sticker so we also know the level of mental illness regarding anything President Trump is real… and potentially dangerous.