After Escaping a Monarchy, Why Are Our Politicians Treated Like Royalty?

For those who blew off American history in school, as selectively taught as it is, those who originally fled religious persecution in England and came to what we now call the United States also fled a tyrannical monarchy. It was all about what the King wanted and those beneath his family’s circle be damned.

Eventually a very risky and dangerous insurrection was instigated in signing a Declaration of Independence, an 18-year bloody revolution was fought and won culminating in the brilliantly-composed representative government we now have today. It could be argued the Founding Fathers had no use for a king as they knew full well from experience the potential of abuse the elevation of one man over all brings.

The Founding Fathers could be shaking their heads in disgust over the way today’s politicians put themselves over those they were elected to serve. They would be aghast over the coverage the press, whom they specifically gave First Amendment protections to, and their elevation to royalty status of an elected federal official when they pass away. 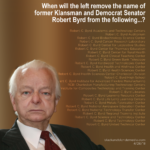 These are the same elected officials who name streets and buildings after themselves and most recently while still alive. The hold hearings where they sit and look down upon those invited to testify and often forget the cordial tone they displayed while asking to be reelected.

Too many say one thing to get elected and once in office do as they wish and even denigrate the constituents who dared ask them to keep campaign promises. It’s this and other reasons that make some of us ask, why are we treating these politicians in death in a manner some really don’t deserve?

Everyone dies but politicians made themselves special. 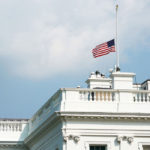 Our elected officials volunteered for the job; a job they’ve also issued themselves many perks to garnish the power that comes with that job. It’s one thing to show respect for an office holder because it’s the law. The elevation to royalty status is problematic because we’re already dealing with inflated egos. Giving those egos validation only feeds into actions that result in campaign promises, never intended to be kept, blown off after elections.

It gives the potential for those in the media (who have their biases) to beatify their preferred politician over another and commit the unethical whitewashing of the career of one while demonizing another. And now in the age of social media, it almost forces people who had genuine disagreements with a politician in life to show reverence in death at the risk of a pile on from the suddenly sanctimonious. 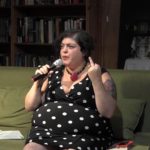 Showing respect when politicians pass away should be optional.

When a Republican dies nowadays, the left is more than free to express their disdain (and worse) for that politician and/or their family. When a Democrat dies, the right reminds all of what the liberal media decided not to report in protection of a revered, partisan legacy.

It’s a dangerous road to be traveled when we elevate the status of one over another, especially when that someone asked for the position in the first place. It’s a road our nation’s Founders didn’t travel. They risked all in sailing across a perilous ocean, endured an unforgiving environment, started a real revolution and escaped political persecution just so they could enjoy freedom from a king they never elected.