The Hollywood elite take every opportunity to talk down to the American people, sanctimoniously reminding us of our inferiority and failings when we fail to live up to their definition of morality.

We fail to remove firearms from our homes while they produce violent shoot-em-up movie blockbusters and television programming where people are shot on an almost hourly, primetime basis. They promote activism to reduce the 2nd Amendment in our neighborhoods while armed guards protect them in their fortified domiciles.

And while many have decried the offense known as pedophilia and those trying to bring attention to the atrocity being demeaned as kooks, the artist class within the entertainment industry comes to the almost-immediate defense of those who are well-paid to create content readily consumed.

Adult Swim is defending Rick & Morty creator Dan Harmon, who is under scrutiny after right-wing Internet users on 4chan unearthed a sketch that Harmon wrote about child rape in 2009. The video in question, Daryl, lampooned Showtime’s Dexter. In the video, which Harmon uploaded to his website Channel 101 nine years ago, Harmon rubbed his genitals on a doll.

According to Polygon, an Adult Swim representative said, “At Adult Swim, we seek out and encourage creative freedom and look to push the envelope in many ways, particularly around comedy.”
— People Magazine, 7/24/18

We’d never have heard of this if not for those evil right-wingers. In other words, we’d never have known about this if up to the left-wingers. Of course, all it takes for those deemed better than the rest of us is to issue a faux apology to distract and/or make our displeasure go away. And who is Adult Swim? 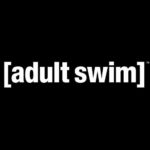 “American children’s subscription”. What parent would pay for this and who would produce this for children?

Adult Swim has frequently aired adult animation features, anime, mockumentaries, sketch comedy, live action, and pilots. Shows may have sexual themes, frank sexual discussion, nudity, strong language, and graphic violence; in other words, programs that would be deemed inappropriate if aired during the day on Cartoon Network, when children would be watching.

But it’s produced for children. 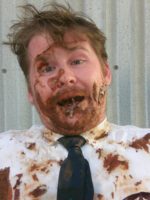 Well, it appears Dan Harmon isn’t alone. Rick & Morty’s other co-creator Justin Roiland has a fucked up head as well.

Justin Roiland, is now embroiled in his own child rape scandal. Roiland made a cartoon, posted on his website, about raping, torturing, and killing children.
— PJ Media, 7/29/18

With all of the talent to choose from nationally, why only the filth seem to get employed to produce literal shit and distributed on Comedy Central via Turner Broadcasting… well, that says it all.

How they can continue to get away with it, in the name of “art”, is another mystery.